Australia vs India: Justin Langer Says "No Room For Abuse" In Australia-India Series

Verbal abuse won't be tolerated during the series with fierce rivals India, Australia coach Justin Langer said on Wednesday, promising his team had moved on from their days of harsh sledging. 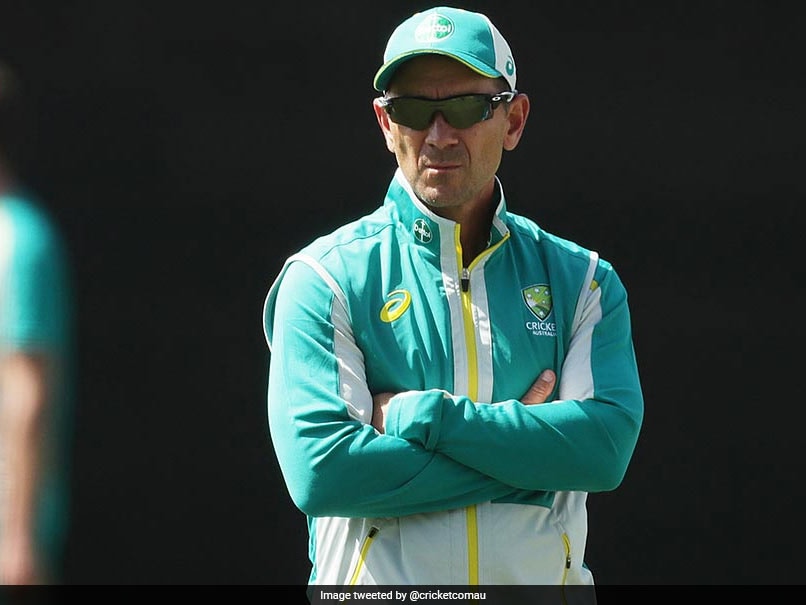 Justin Langer said to watch Australia and India is going to be great entertainment.© Twitter

Verbal abuse won't be tolerated during the series with fierce rivals India, Australia coach Justin Langer said Wednesday, promising his team had moved on from their days of harsh sledging. Previous clashes between the cricketing heavyweights have been marked by bitter rows, and Australian opener David Warner said this week that he expects Virat Kohli's men will try to wind him up during the tour. But Langer said the Australians would keep any exchanges within the spirit of the game.

"There's plenty of room for banter, having fun and having that competitive instinct but there's no room for abuse," he told reporters on a conference call.

Langer took over in late 2018 vowing to change the win-at-all-costs mentality that led to the infamous ball-tampering scandal in South Africa.

He said the culture of the team, once notorious for sledging, or verbal abuse, was now different.

"Anyone who's watched what's happened in the last couple of years (can see), we've talked about our behaviours on and off the field," he said.

That does not mean it will all be sweetness and light, with Langer pointing to a heated verbal exchange between Kohli and Australia's Test captain Tim Paine during India's last tour in 2018-19.

Langer hinted he was taking a conservative approach to Australia's main selection dilemma: whether rising star Will Pucovski should replace out-of-form veteran Joe Burns at the top of the batting order.

"We think very, very highly of Will, he has enormous talent. When the opportunity comes, he's ready to play Test cricket," he said.

"The opportunity hopefully will come for him at some point, whether it's this series or a series to come."

While all signs are that Burns will get the nod, Test greats such as Michael Clarke, Ian Chappell and Mark Waugh have been clamouring for Pucovski's inclusion after the 22-year-old plundered back-to-back double centuries for Victoria.

Australia and India will play the first of three one-dayers in Sydney on Friday, followed by three Twenty20 matches and four Tests.

Langer said the tour was economically important for cash-strapped Cricket Australia, but also a welcome distraction for cricket lovers everywhere during the Covid-19 pandemic.

"To watch Australia and India is going to be great entertainment," he said.

"Hopefully it's going to put some smiles on people's faces, that's the bigger picture we're looking at."