India vs Australia: Ajinkya Rahane revealed that Virat Kohli urged him to play fearless cricket as he leads India in the last three Tests. 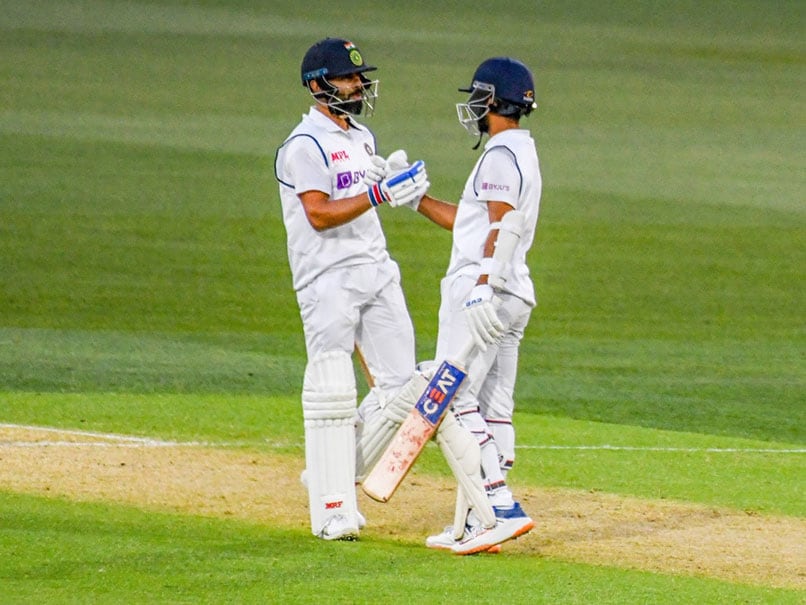 India's stand-in captain Ajinkya Rahane on Friday shared the message regular skipper Virat Kohli gave the Indian team before he left for India on a paternity leave. Rahane said Kohli urged him to to be himself and play fearless cricket. "Yeah, Virat spoke to all of us, before leaving. We had our team dinner in Adelaide, so he spoke to all of us about staying in the moment, playing for each other and yeah enjoying each other's success and help each other out on the field," Rahane said on the eve of the second Test in Melbourne.

Rahane said he would rather focus on his team than worrying about Australia's "mind games" ahead of the 'Boxing Day' Test starting on Saturday.

Australia coach Justin Langer had on Thursday said he would be "happy" if the Indian team is under a bit of stress after the humiliating defeat in the first Test, and would like to put pressure on Rahane, who is taking charge in absence of regular skipper Virat Kohli.

"Australians are very good at playing mind games and I will let them do that. We are focussing on ourselves, what we want to do as a unit and we are going to back our every individuals," Rahane said.

Rahane said one hour of poor cricket on the third morning in Adelaide doesn't define this team.

"Talking about last Test match, see comparatively we had two good days, just one bad hour, where we actually lost it completely," he said.

"The chat was all about backing ourself as an individual and as team, play to our strengths and whatever we have planned in the first Test match just stick to that."

Young opener Shubman Gill will make his debut in the second Test, and Rahane said he wants to give him and Mayank Agarwal freedom and not put them under undue pressure.

Mohammed Siraj will make his debut on Saturday and Rahane termed him "equally talented" as Gill, even though he didn't name him as the interaction with media happened before India released their playing XI.

Rahane expects Jasprit Bumrah and Umesh Yadav to form a formidable partnership as he guides the unit from gully, where he will be stationed.

"Apart from Jasprit, Umesh (Yadav) and the guy (Siraj) who will play instead of (Mohammed) Shami tomorrow, they are also equally talented," Rahane said.

"Umesh has been doing really well for so many years, so it is all about bowling in partnerships for us."

So any specific areas that the batsmen worked on?

"Nothing really special, we have to back our basics, back our plans, as I said earlier, we just had one bad hour, so it is all about staying positive, backing your own ability and batting in partnerships," Rahane said.

India have won three Tests in the last 73 years at the MCG and Rahane reckons the wicket will be a bit different this time.

"See generally MCG is ... 2018 was slightly different wicket, but generally when we played here in 2014 and the other teams when they played here, it is actually a very good wicket, plays really well," Rahane said.

It's possible that there could be turn on offer as India have two spinners on board.

"Tomorrow will be different. We don't know that, we have to go and see and adapt to the wicket as quick as possible," the skipper said.