India vs Australia, 4th Test: India fast bowler Mohammed Siraj was called a "grub" by spectators at The Gabba on Day 1, according to a report in The Sydney Morning Herald. 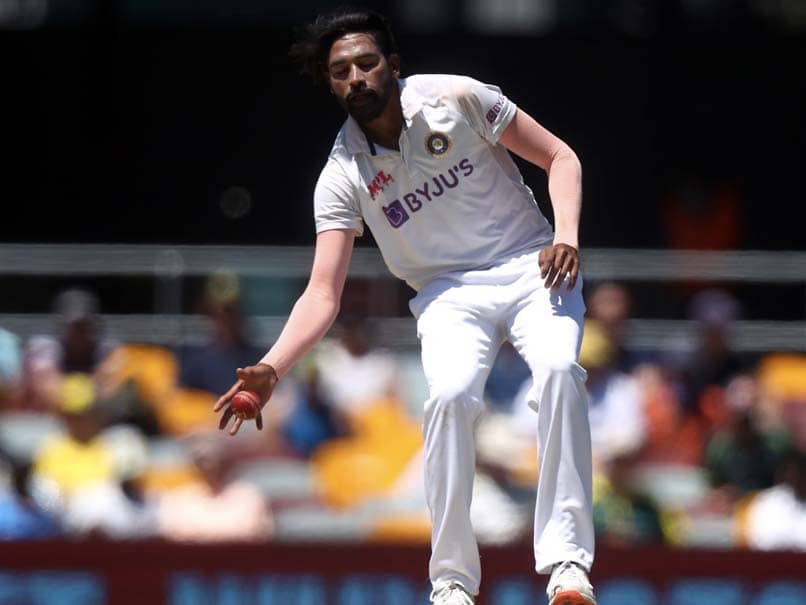 After facing racial abuse at the Sydney Cricket Ground (SCG) during the third Test, India pacer Mohammed Siraj was reportedly labelled a "grub" by a group of fans at The Gabba on the opening day of the fourth Test against Australia on Friday. The Indian team had lodged an official complaint after the crowd at the SCG allegedly racially abused pacers Jasprit Bumrah and Siraj over the second and third days of the Sydney Test. In fact, Cricket Australia even started an investigation to get to the bottom of the issue.

According to a report in The Sydney Morning Herald, Siraj didn't spend much time in front of section 215 and 216 at the Gabba on Friday, but that's where a spectator – who asked to be identified only by first name – said that the fast bowler was repeatedly called a "grub" by vocal spectators.

Siraj was not the only Indian player who faced the unruly behaviour of the crowd, debutant spinner Washington Sundar was also called "grub" by the spectators.

"The guys behind me have been calling – shouting – both Washington and Siraj grubs. It started targeted at Siraj and it was a chant similar to the SCG one (in which fans sung to the tune of Que Sera, Sera but substituted the lyrics with Que Shiraz, Shiraz)," the newspaper quoted a spectator named Kate as saying.

"But this time it was Siraj. I suspect it's not a coincidence that it's Siraj being targeted post the SCG stuff.

None of the Indian players sent to field at the boundary registered a reaction to anything said by crowd members all day.

Aside from Siraj and Washington being called "grubs", the rest of the 12,998 fans in attendance appeared to be on close to their best behaviour.

Building on the knock from Labuschagne (108), the duo stitched an unbeaten 61-run stand to help the hosts end the day with the honours.

Australia Cricket Team Mohammed Siraj Australia vs India 2020-21 Australia vs India, 4th Test Cricket
Get the latest updates on IPL 2021, IPL Points Table , IPL Schedule 2021 , live score . Like us on Facebook or follow us on Twitter for more sports updates. You can also download the NDTV Cricket app for Android or iOS.