India vs Australia: Michael Vaughan and Mark Waugh didn't see eye to eye on the controversy about Steve Smith scuffing the pitch in the 3rd Test. 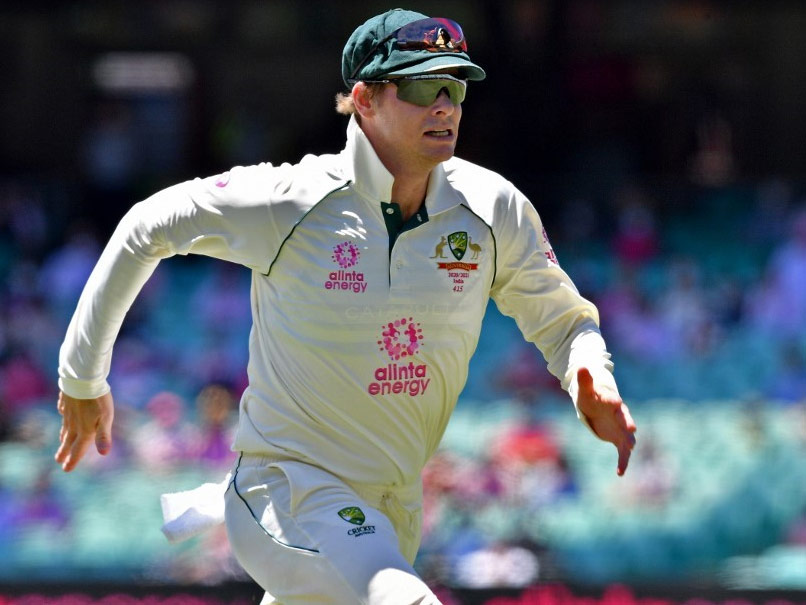 AUS vs IND: Steve Smith said the controversy was taking away from India's batting performance.© AFP

Former England skipper Michael Vaughan on Wednesday said that he would be interested to see if Steve Smith repeats his Sydney act of scuffing up the batting crease in the fourth and final Test against India at the Gabba in Brisbane. Smith was seen scuffing up the area around the batting crease on day five of the third Test between India and Australia at the Sydney Cricket Ground and social media users started questioning the Australia batsman for his gamesmanship.

Vaughan who had posted on Twitter about rules of the game regarding what clarifies as trying to change the nature of the pitch, got a reply from former Australia batsman Mark Waugh that he is reading too much into a nothing situation.

"You've lost your marbles Vaughney. I'd be more worried about deliberate time wasting in the modern game," Waugh wrote.

Replying to Waugh, Vaughan said: "Are you struggling to read Junior ... as I have clearly stated it was silly & not cheating but the laws are the laws ... btw let's see if he continues to do it in Brisbane if he does it all the time."

On Tuesday, Vaughan had taken a subtle jibe at Smith, saying along with the action in the fourth Test, viewers would now also be watching at the drinks break.

Smith had earlier said that he is shocked and disappointed to see the reaction that has come in after he was seen scuffing up the area around the batting crease on the final day of the third Test against India at the Sydney Cricket Ground (SCG).

"I have been quite shocked and disappointed by the reaction to this. It's something I do in games to visualise where we are bowling, how the batter is playing our bowlers and then out of habit I always mark centre," Smith told the Daily Telegraph, as reported by Fox Sports.

India and Australia will now face off in the fourth and final Test at the Gabba, Brisbane, beginning Friday. The third Test between both these sides had ended in a draw and the series is level at 1-1.

Steven Smith Australia vs India, 3rd Test Australia vs India, 4th Test Michael Vaughan Mark Waugh Cricket
Get the latest updates on SA vs IND 2021-22, check out the Schedule and Live Score . Like us on Facebook or follow us on Twitter for more sports updates. You can also download the NDTV Cricket app for Android or iOS.