India vs Australia: Hardik Pandya scored the winning six for his side, as they defeated the hosts by six wickets in the second T20I at the Sydney Cricket Ground. 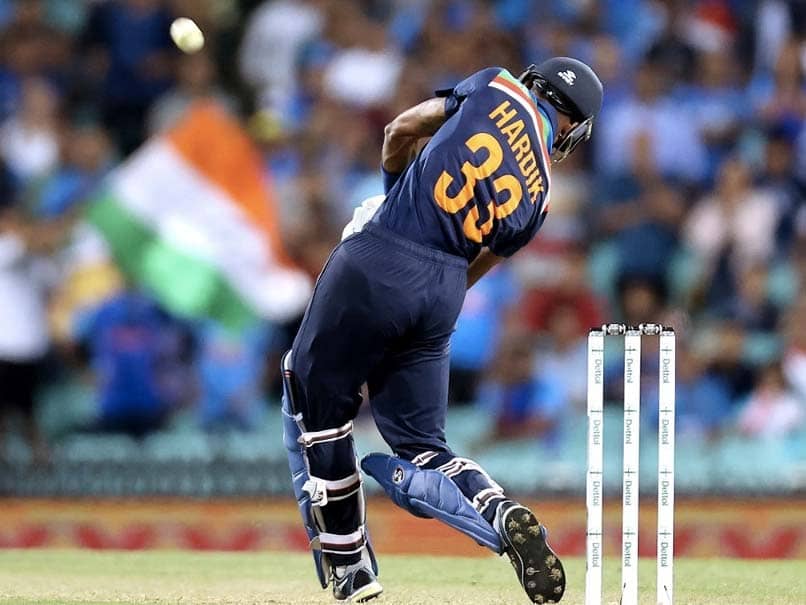 India's flamboyant all-rounder Hardik Pandya on Sunday said he had worked on gaining mastery over "finishing games when it mattered the most" during the coronavirus-forced lockdown. Pandya powered India to a six-wicket win with a blazing 42 off 22 balls, helping the side score 25 of 12 balls and 14 in the final over for a series-clinching victory in the second and penultimate T20 International against Australia. "During lockdown I wanted to focus on finishing games where it matters the most. It doesn't matter whether I score or don't score more runs," Pandya said at the post-match press conference.

The all-rounder was not new to the kind of situation he faced at the SCG on Sunday, having won some and lost a few in the past. "I have been in these situations many times and I learnt from my mistakes in the past. My game is always around the confidence which I carry, it has that fine line where I back myself and not become overconfident.

"I always remember all those times when we chased big totals and it helps." Pandya hit debutant pacer Daniel Sams for two sixes -- one over long on and one over midwicket -- to seal the game in India's favour with two balls to spare.

"It was not about what they are doing, it was about what I can do. It's a matter of two big shots and today it came off. I always back myself. It's the situation I have always played. Whatever the team requires I always try to do.

"It's very simple. I like to look at scoreboard and play so that I know which bowlers to target."

He said he had always focused more on the process rather than the end result.

"In T20s, you actually have more time than you think. If we need 70-80 odd in 30 balls, I don't look at the whole thing and I break it down to 12 balls and focus more on the process than the end result."

Pandya was named the Man of the Match for his heroics with the bat but he thought the award should have gone to T Natarajan (2/20 in 4 overs) for the newcomer's fine effort with the ball.

"Special mention to Natarajan as well. I thought he should be the Man of the Match, because the bowlers struggled here and he had a really good game.

"He gave us a target about 10 or 15 runs lower than what it would have been. He keeps it simple and I prefer people who don't complicate things," Pandya said.

Asked about his involvement in the upcoming Test series as a specialist batsman since he is yet to start bowling regularly, Pandya said, "It's a different ball game. I don't mind, the call is the management's."