India vs Australia: Marnus Labuschagne spoke to the media after his side's win in the second ODI, at the Sydney Cricket Ground. 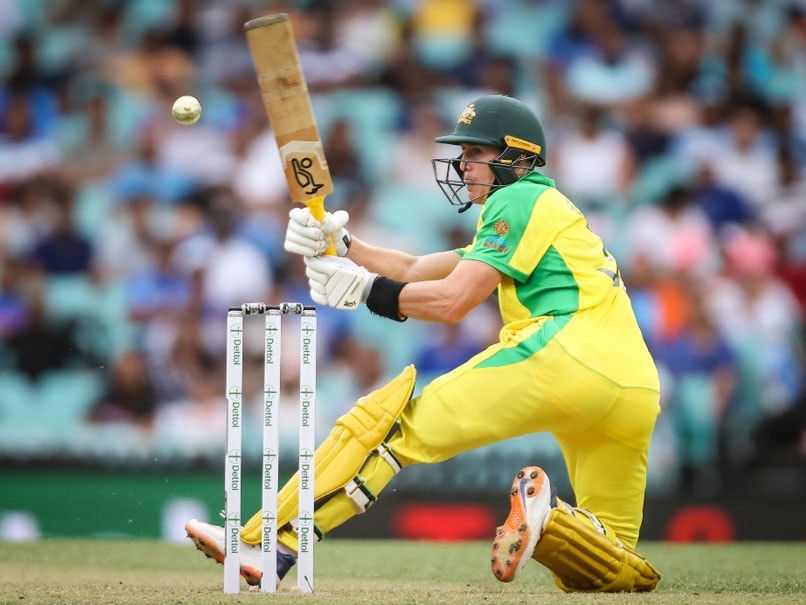 India vs Australia: Marnus Labuschagne hits a shot during the second ODI.© AFP

Australia's rising star Marnus Labuschagne believes that the home team will enjoy a slight advantage going into the Test series against India as most of its top-order players will be coming in after having played a fair amount of first-class cricket. Labuschagne, who contributed a solid 70 off 61 balls in the second ODI which Australia won by 51 runs on Sunday, has scored two hundreds in three Sheffield Shield matches. "It definitely helps to have a few games under your belt just to get the pace and the timing of the game from T20s to one-dayers to four-day cricket," he replied to a query from PTI during a virtual media interaction.

The Indian players, who had played IPL and now ODIs, last played red-ball cricket in New Zealand and will only have two three-day games to get into the groove.

"But a lot of these (Indian) players we're talking about, they've been doing it for a long time, they're not new to the changes of format. I'd be surprised if they didn't shift back into gear very quickly.

"I will say that it's a slight advantage, four out of our top six have been playing Shield cricket and got that rhythm as a batting group."

With David Warner ruled out of the last ODI as well as the upcoming T20 Internationals, Labuschagne won't mind a chance to open the innings if he is asked about it. "Certainly, if I got asked to open the batting absolutely. It's an opportunity that I would enjoy taking. We'll wait and see how our team shapes up for the next game and see the balance of the side, but yeah, I would love doing it," Labuschagne said.

"My role at No.4 is just to read the situation of the game and play my role accordingly," he said.

Asked how Warner is emotionally dealing with the injury setback that happened during the second ODI, Labuschagne insisted that he is fine.

"He is a strong character and he will come back. Also his absence is an opportunity for someone else."

Steve Smith's form is something that will obviously help Australia in the Test series, feels Labuschagne.

"Cricket's a massive confidence game and even though it's a different format, it still gives you a lot of confidence when you're scoring runs consistently and the way Steve and Davey are batting currently, I've got no doubt they'll be able to transfer that into the Test summer.

"But right now there's still a lot of games to be played before that, we've just got to make sure we finish this one-day series well and then straight into the T20s where we start really well."

Smith's second ODI hundred is one of the best according to Labuschagne and he called his form scary.

"That was one of the best innings I've seen in one-day cricket, not only from Steve but from anyone," the 26-year-old said.

"I think the way he batted yesterday was superb. It almost felt like he didn't give an opportunity, didn't really take any risk, but he got a hundred off 62 balls.

"When someone's doing that, that's kind of scary."

About his own innings, he was happy to have a partnership with Smith. "It was really nice to build that partnership with him, 136, it was just nice to keep ticking it over and we were really busy through that middle part when we came together. Then towards the back end, Steve really took the game on and that's how we got 390.

"They're two very big scores in the last two games, thanks obviously to Steve."

Australia Cricket Team Australia vs India 2020-21 Marnus Labuschagne Australia vs India, 2nd ODI Cricket
Get the latest updates on IPL Auction 2023 and check out  IPL 2023 and Live Cricket Score. Like us on Facebook or follow us on Twitter for more sports updates. You can also download the NDTV Cricket app for Android or iOS.