Australia vs India, 1st T20I: Indians Were Right As Concussion Symptoms Can Show Up Even After 24 Hours, Says Virender Sehwag

The Indian team was absolutely right in getting a concussion substitute for Ravindra Jadeja as symptoms related to head injuries can show up as late as 24 hours after the hit, said Virender Sehwag. 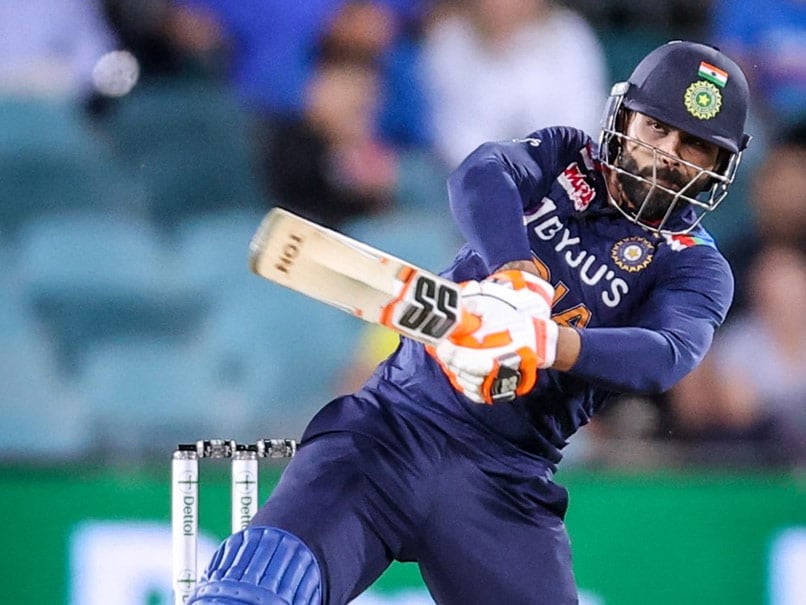 Ravindra Jadeja played a quick-fire knock of 44 off just 23 deliveries in the 1st T20I on Friday.© AFP

The Indian team was absolutely right in getting a concussion substitute for Ravindra Jadejaas symptoms related to head injuries can show up as late as 24 hours after the hit, said former great Virender Sehwag. Jadeja was hit on the head but didn't seek immediate medical attention but when Australia batted, it was Yuzvendra Chahal, who came out as concussion substitute and took 3 for 25 to play a big part in India's 11-run win against Australia in the first T20 international.

"From our side, it was a right decision as Ravindra Jadeja was not fit to play and could not bowl as well," Sehwag, who is an expert on 'Sony Six', said.

"It was an opportunity which the Indian team got because he was hit on the head and when you are hit on the head, nobody can say that concussion will happen at that time. It takes time. You might get symptoms within 24 hours. So Indian team took the right advantage of the rule."

Sehwag feels that Australians shouldn't be complaining as they were the first beneficiaries of concussion substitute rule.

"When Steve Smith was hit on the head, Labuschagne came out to bat in place of him and made runs. So, Australia also got that advantage. So I think Australia shouldn't complain.

"They might have just one contention that Jadeja continued to bat and made runs but when you open your helmet inside the dressing room then you might witness some swelling, you might fell dizziness. There is a possibility.

"I was hit on the helmet many times so I know how it feels but during our times there were no such rules."

Virender Sehwag Australia vs India 2020-21 Cricket
Get the latest updates on IPL Auction 2023 and check out  IPL 2023 and Live Cricket Score. Like us on Facebook or follow us on Twitter for more sports updates. You can also download the NDTV Cricket app for Android or iOS.