Is India Weary of Fatigue Ahead of World Cup?

Fatigue may be India's biggest worry ahead of the World Cup, but the Indians are also planning well to fight that fatigue. 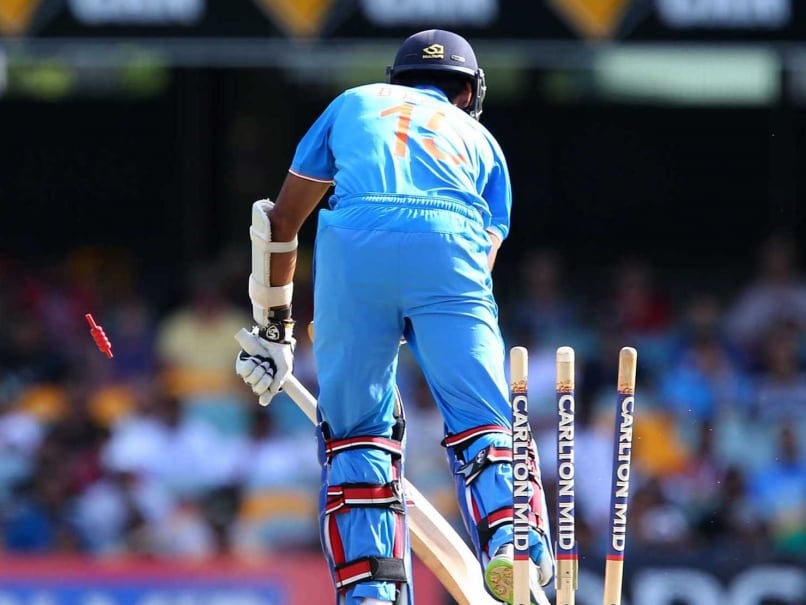 The Indian team has lost its two opening matches in the tri-nation series Down Under.© AFP

It has been almost two months for the Indian Cricket Team in Australia and the journey back home will take at least another couple. Indian captain Mahendra Singh Dhoni admits that the four-Test series has been draining for his men, and that is now followed by the tri-series, one in which India is expected to bed its final 11 for the World Cup. But poor performances in the first two ODIs have raised concerns about whether mental fatigue is beginning to show.

The first outing of the tri-series against Australia was so near yet so far as the hosts beat MSD's men by four wickets. However, that was no indication of India's form, as in the second ODI, they got hammered by a team ranked three places below them, England.

So, what's ailing the Indian team, who are dubbed as one of the favourites to win the World Cup? Skipper Dhoni has his own diagnosis. He says, "Before you see the symptoms, it is important to know how to cope with them. From now on, with a bit more gap between the ODIs in the tri-series and the World Cup, we shall have to manage our workload wisely. No doubt four and a half months is a long tour. We have seen cricketers feel homesick in fifteen days and go back to their countries. Four and a half months away from everything is tough, but we knew we would have to endure this. So we want to give it our best. I can tell you that there has been no case of an Indian cricketer complaining of homesickness."

Homesickness aside, just the pressure of playing against a relentless opposition like Australia can get to a team. The best example of that perhaps is the 1992 series, when India played five Tests in Australia and then flopped in the World Cup that followed.

So will fatigue be a big factor this time around too?

MS Dhoni says, "We have four to five days gap between this game and the next. We have to use it in the best possible manner so that the guys are fresh. We have enough experience of playing in these conditions. What's important from now on will be to stay fresh. We have to assess carefully if we need to be on the field or need to switch off and be fresh."

Being in poor form ahead of a showpiece event may not necessarily be the worst thing. India's form ahead of the 2003 World Cup wasn't the best either. They had a disappointing series in New Zealand, losing 5-2 in the seven-match ODI series. Yet, they reached the finals of the 2003 edition in South Africa.

In 2011 too, India fared poorly in South Africa, losing 3-2, but months later MS Dhoni's men lifted the cup that matters.

So if 2003 and 2011 are anything to go by, then the current Indian team is preparing to peak at the right time and the results in the tri-series don't count for much.

Comments
Topics mentioned in this article
India Cricket Team World Cup 2015 Australia Tri-Series, 2015 MS Dhoni Cricket
Get the latest updates on ICC T20 Worldcup 2022 and CWG 2022 check out the Schedule, Live Score and Medals Tally. Like us on Facebook or follow us on Twitter for more sports updates. You can also download the NDTV Cricket app for Android or iOS.