The 25-year-old Drouin, a bronze medal winner at the 2013 World Championships, went first and cleared it before Bondarenko and Zhang both failed. 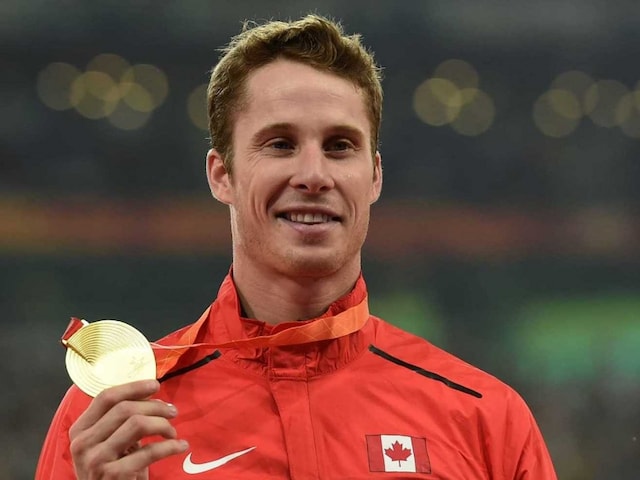 Derek Drouin poses on the podium during the victory ceremony.© AFP
Beijing:

The 25-year-old Drouin, a bronze medal winner at the 2013 World Championships, went first and cleared it before Bondarenko and Zhang both failed.

"This is very exciting. It's really beautiful to win this title now. After my victory at the Pan-Am Games I did some good meetings, so I knew I was in good form and this gave me a lot of confidence," said Drouin.

"I was first on the line-up, that was good to keep the pressure on the field. The line-up gave me a good opportunity. This was definitely a hard competition," the Canadian added.

Zhang, who cleared 2.38m for the season's second best result this May, could not manage to pull off his top form in the final on the cold and damp night in the Chinese capital. But he already created history by taking China's first silver in this event.

China took a bronze medal in the event through legendary Zhu Jiahua in 1983, and he was the only male high jumper from China to place in the top eight at the World Championships. He still holds the national record of 2.39m since 1984.

"Today I was not able to give my very best performance, but I tried. I became second, which is also a good result. I have worked very hard and put in so much effort and it has paid off. I want to thank my coach and my parents and everyone else who supported me," the 24-year-old Zhang said.