The 100m silver-medallist ran 21.63sec, the fourth fastest time in history, as she lunged at the line to beat Jamaica's Elaine Thompson, who clocked a personal best of 21.66sec. 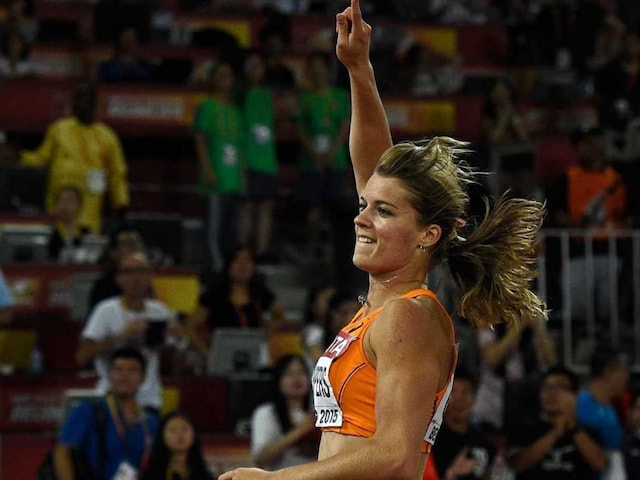 Dutch sprinter Dafne Schippers smashed a European record which has stood since the 1970s as she won world 200m gold with an electrifying run on Friday.

The 100m silver-medallist ran 21.63sec, the fourth fastest time in history, as she lunged at the line to beat Jamaica's Elaine Thompson, who clocked a personal best of 21.66sec.

It was a remarkable win for Schippers, 23, who eclipsed the European record of 21.71sec set by Marita Koch in 1979 and matched by fellow East German Heike Drechsler in 1986.

Only Americans Marion Jones and world record-holder Florence Griffith-Joyner have run the 200m faster than Schippers, who won hepathlon bronze at the Moscow worlds two years ago.

With Thompson on her inside, Schippers was chasing shadows coming off the bend in lane six and realising the Jamaican was marginally ahead of her, the Dutch athlete plugged away down the final straight.

Schippers caught the Jamaican and produced a savage dip at the line for victory before celebrating with family members in the stands.