Khushbir Kaur, who has already qualified for the 2016 Rio Olympics, clocked 1:38:53 to finish 37th. Her time was more than seven minutes outside her personal best and national record of 1:31:40. Forty-nine walkers started the race and 42 completed it. 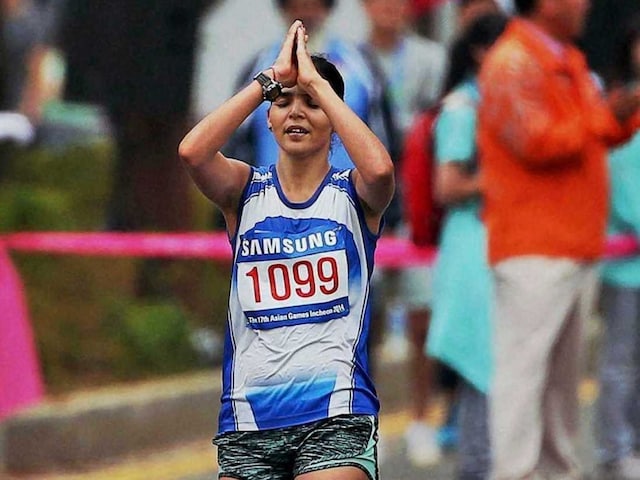 National record holder Khushbir Kaur finished a disappointing 37th while compatriot Sapna was disqualified from the women's 20km race walk event on the seventh day of the World Athletics Championships, here on Friday.

Khushbir, who has already qualified for the 2016 Rio Olympics, clocked 1:38:53 to finish 37th. Her time was more than seven minutes outside her personal best and national record of 1:31:40. Forty-nine walkers started the race and 42 completed it.

The other Indian in the fray, Sapna was disqualified to end her campaign in disappointment.

World record holder Liu Hong of China finally struck gold as she clocked 1:27:45, more than three minutes outside her world record of 1:24:38. But her win assured herself an iconic status as the first Chinese gold medallist at this edition.

Hong's victory, however, came under dramatic circumstances as she was declared winner by a mere 0.26 secs on the photo-finish from her compatriot and former Asian record holder Lu Xiuzhi, the latter given the same time on the results sheet as the winner with both times rounded up to the nearest second, for the closest finish in IAAF World Championships history.

With just two days left in the prestigious event, Indians fail to make a mark so far and they expectedly brought up the rear in most of their respective events, except for 3000m steeplechaser Lalita Babar who finished a creditable eighth in the final round.

India's hopes now mainly lie on the performance of reigning Asian champion discus thrower Vikas Gowda who has qualified for the final round to be held tomorrow.

Also tomorrow, Sandeep Kumar and Manish Singh Rawat will take part in the men's 50km race walk event while the Indian women's quartet will run in the 4x400m relay heats.

On the last day on Sunday, Lalita, O P Jaisha and Sudha Singh will run in women's marathon race.