Vikas Gowda, India's best medal hope at the field events of he World Athletics Championships, qualified for the discus final with a poor throw of 63.86m. 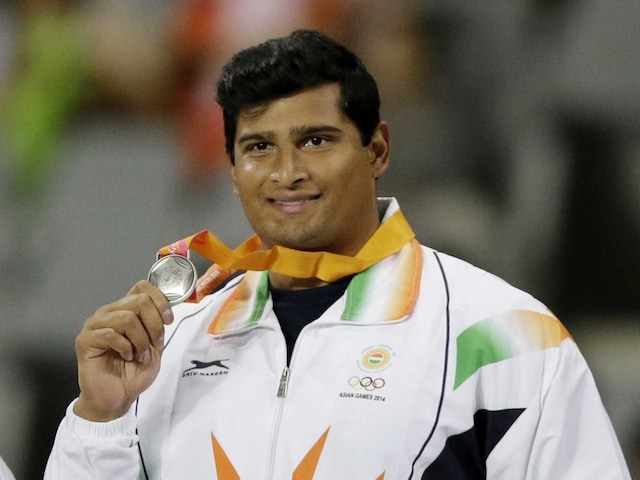 Vikas Gowda, ace discus thrower and India's best hope in the field events, qualified for the final at the World Athletics Championships here with a best effort of 63.86 metres on Thursday.

In spite of a below-par performance, Gowda made it to the final because it of a poor overall show. Fedrick Dacres of Jamaica was achieved the best throw with 65.77m while Piotr Malachowski of Poland threw for 65.59m. The qualification performance needed participants to throw at least 65m or finish in the top 12. Seven discus throwers qualified for the final from Group A while five from Group B out of a total of 31 participants. Gowda was seventh after the qualification round.

Gowda took part in Group A of the qualifiers where he achieved his best on his first attempt. His second throw read 63.84 while he was disqualified on his third.

The final will be on Saturday evening.

Gowda has not been in the best form lately - but even an ordinary show helped him retain his gold medal at the 21st Asian Athletics Championships this year. He had claimed gold at the 2014 Commonweath Games with a throw of 63.64m. Gowda's personal best throw of 66.28m is also the Indian national record which he achieved in 2012 at Norman, United States.