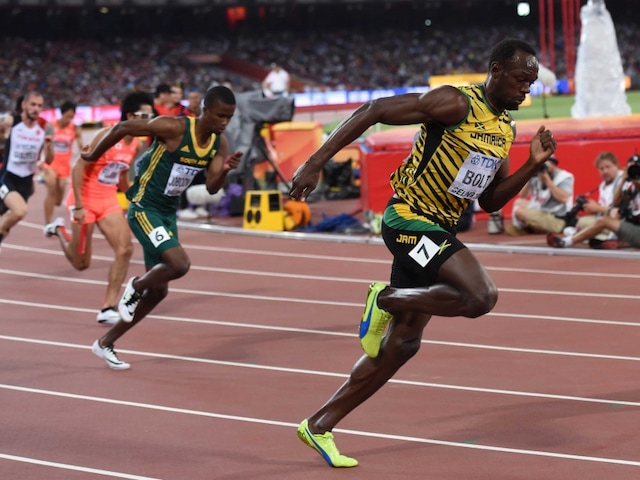 Usain Bolt opened his 2016 season on Saturday with a 100m victory in 10.05 seconds at the Cayman Invitational.© AFP

Jamaican sprint superstar Usain Bolt is undergoing treatment in Germany for what his coach described as an "aggravated hamstring injury" following his first race of the season, local radio reported on Monday.

Bolt clocked a modest 10.05sec in the 100m, winning ahead of American Dentarius Locke and training partner Kemar Bailey-Cole.

"If you noticed in the race he was grimacing towards the end," Mills told Jamaica's Hitz 92fm radio station on Monday.

Bolt's injury is unlikely to prevent the world record holder from racing in Friday's meeting in Ostrava, the Czech Republic, Mills said.

Bolt is being treated by Hans-Wilhelm Muller-Wohlfahrt, the Munich-based doctor, who has treated the athlete for years.

Speaking after Saturday's race, Bolt, who is targeting his third consecutive victories in the 100m, 200m and 4x100m at August's Olympics, said he was relieved to have emerged from his season-opening race unscathed.

"It wasn't the best, but as long as I come out injury free, that's the key thing," Bolt said.

"I didn't feel as smooth as I wanted to, but as I always say, it's hard to just come into your first race and do extra well.