Usain Bolt Sacrifices Nuggets to Prolong Career, but Says no to 400m

In an interview with the IAAF Inside Athletics programme released on Tuesday, Usain Bolt said curbing off-track activities as the years rolled by had been easy compared to having to watch his diet. 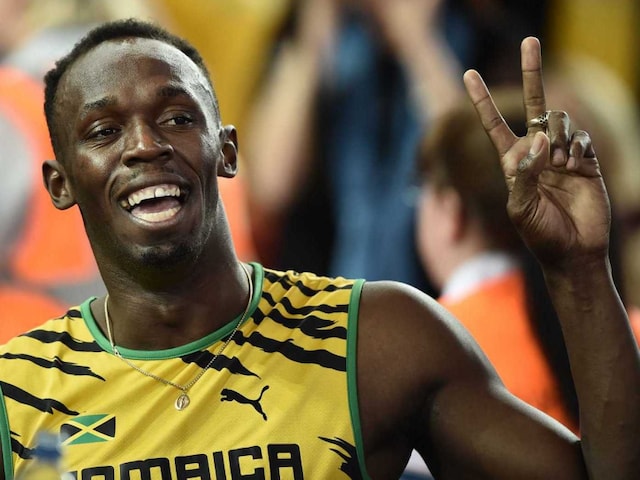 Jamaican track star Usain Bolt has admitted to sacrificing fast food in a bid to extend his stellar sprinting career.

In an interview with the IAAF Inside Athletics programme released on Tuesday, Bolt said curbing off-track activities as the years rolled by had been easy compared to having to watch his diet.

"I've cut back on a lot of things," said the 28-year-old six-time Olympic gold medallist who had a growing reputation in his younger years for liking the nightlife and, famously, eating chicken nuggets.

"When I really realised I was getting older was last season when I got injured.

"Trying to get back was much harder than the years when I was younger. Now it takes time for me to get going and I need a lot more races.

"I've noticed that I have to be very careful and I just have to be aware of everything around me and make sure I'm on point.

"I've started eating healthy. That's the hardest thing for me right now is the sacrifices, eating vegetables all the time.

"Everything else is easy to give up, but eating healthy is really hard!"

Bolt, who has been struggling with a pelvic injury but is slated to compete at the Diamond League meet in London on Friday, made no mention in the programme about next month's world championships in Beijing.

But he did talk about what will be his third Olympic Games, in Rio de Janeiro in 2016, insisting he felt no pressure from the weight of expectation of a public who have seen him win an unprecedented double-treble gold haul.

"I want the best for myself," said Bolt, who has also won eight world gold medals. "That's the way I look at it to try not to feel pressure.

"I focus on what's necessary and what I want out of it and work towards that."

Training under coach Glen Mills' watchful eye alongside co-stars like fellow sprinter Yohan Blake was nothing but helpful, Bolt acknowledged.

"It definitely really helps to compete and train with these guys every day. You know you have to step up your level," he said, adding that Mills had sometimes to step in and split up the group if it became too competitive.

"You learn not to compete too hard in training. But we're men, so we compete."

Bolt, however, was quick to put an end to any talk of him potentially stepping up to the 400m, insisting the one-lap race was too draining, but hinted he might have a shot at making the 4x400m relay team for the 2017 worlds in London.

"It's definitely the pain," he said of his reason not to step up.

"I don't want to do that! I told the coach we're not going to do it. He also expressed that maybe I should try, but I've already talked him down -- it's not going to happen.