While Usain Bolt set his fastest time since September of 2013, Mo Farah set the fastest 3000m time this year. 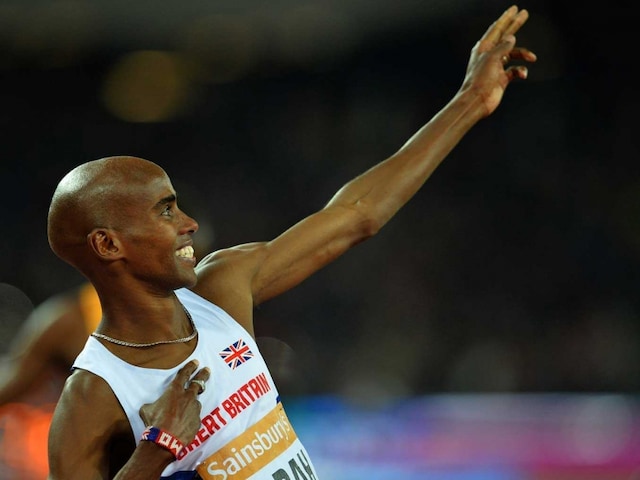 Usain Bolt and Mo Farah put recent troubles behind them in the London Diamond League meeting with victories on the track where they won five Olympic golds between them in 2012.

Bolt admitted he needed to work on his rusty start ahead of next month's world championships in Beijing but was justifiably happy with his winning 100m run on his return after injury.

"Yeah, I had a poor start," said Bolt, who had treatment for a pelvic problem after winning the 200m in the New York Diamond League meeting on June 13.

"I need to work on that, but overall it was an okay race.

"My coach tells me about my start. It was bad. I wanted to run faster and it threw me off but I'm getting there."

Bolt also won his heat in 9.87sec, moving from joint 62nd to equal sixth in the world rankings for 2015, having clocked 10.13sec in his only previous 100m of the year, in Rio de Janeiro in January.

It was the Jamaican's fastest time since September 2013, when he clocked 9.80sec at the Brussels Diamond League meeting.

Justin Gatlin leads the 100m world rankings this year with 9.74sec and Bolt knows he will have to be sharper to get the better of the American in Beijing.

"I will work on my start. It will be fine. It's all about hard work and dedication and pushing myself.

"I feel better. I need to work on a few more things, to be consistent, and then I will be okay."

Farah thanked the British public for supporting him through a difficult time after being roared to victory by a 41,000 home crowd in the fastest 3000m time of the year -- his first race on home soil since doping allegations were made against his coach Alberto Salazar.

"The crowd have been amazing with me," said Farah.

"To come out and support me like that after the last two months was amazing. It's great to see the public understand and give me support."

Asked about the allegations against Salazar, Farah replied: "I'm just focusing on my running."

The Briton said that he would not be racing again before defending his world championship 5,000m and 10,000m titles in Beijing.

And there was also an impressive season's best of 12.79sec for Britain's Olympic heptathlon champion Jessica Ennis-Hill in fifth place in the 100m hurdles, which was impressively won by American Jasmin Stowers in 12.47sec.

Ennis-Hill, on the comeback trail this year after becoming a mother in July last year, will decide after the long jump and 200m hurdles on Saturday whether or not to compete in the heptathlon in Beijing.

Earlier in the evening torrential rain forced the postponement of the men's pole vault until Saturday.