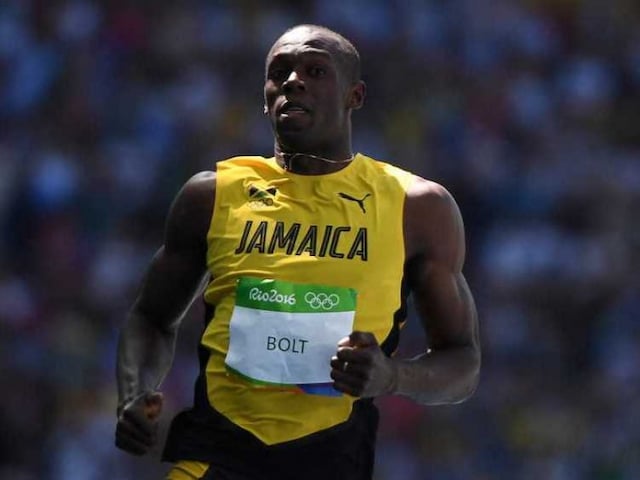 Usain Bolt is the first athlete to win gold in 100m, 200m and 4x100m relay in three consecutive Olympics.© AFP

Sprint king Usain Bolt returned to his hometown Jamaica following his historic exploits at the Olympics in Rio de Janeiro, which ended earlier this month.

The sprint superstar made a quiet return to the island after setting the athletics world ablaze by romping to a "triple treble" to seal his status as one of the greatest sprinters of all time, reports Cana.

The low-key arrival contrasts sharply with widespread celebrations triggered by his electrifying runs that earned him gold in the 100 metres, 200m and 4x100m.

Bolt's accomplishments in Rio have taken his gold medal tally to nine after winning three each in 2008 and 2012 Games while signing off his Olympic career in sensational style.

The nine-time Olympic Games gold medallist ignored requests for interviews while exiting the Norman Manley International Airport here on Wednesday but flashed occasional smiles to acknowledge people in the waiting area who recognised him.

Dressed in a white T-shirt and black trousers, Bolt also allowed several photographs by persons with cellphone cameras and laughed at a comment made by a fan before hopping into a black Range Rover SUV driven by his executive manager Nugent Walker.

The 30-year-old Jamaican has become the first athlete to win gold in the 100m, 200m and 4x100 metres relay in three consecutive Olympic Games.

He is, however, expected to compete at next year's World Championships in London.