Usain Bolt Bounces Back With 100 Metre Win in London 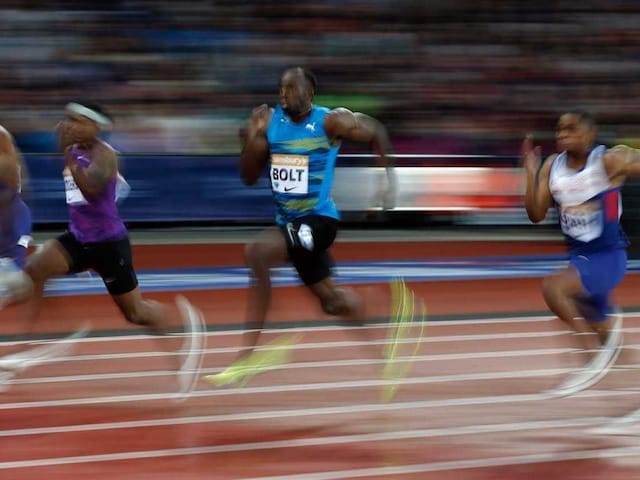 Olympic champion and world record holder Usain Bolt made an impressive return to competition with a win in the 100 metres at the Diamond League meet here.

Bolt, hampered by injury for much of this year, prevailed in his first competitive heat in six weeks with a time of 9.87 seconds on the same track at the London Olympic Stadium where he delivered three gold-medal-winning performances during the 2012 Games.

The Jamaican sprinter's time was much better than the 10.12 seconds he managed in his only other 100 metre run this year, at an event in Rio de Janeiro in April.

Bolt, 28, outpaced US runner Michael Rodgers to claim the victory on Friday.

"Overall, it was a good run. I wanted to run faster but my start was very poor and that threw me off. It was all downhill from there," Bolt said after the race.

"I need to work hard ahead of Beijing. I have to keep pushing myself," he said, referring to next month's world championships in the Chinese capital.

The field in Beijing will include US sprinter Justin Gatlin, who ran this year's best time in the 100 metres - 9.74 seconds - on May 15 in Doha.