Kenya, who are always the favourites in any track and field event, has seen more than 30 athletes getting banned in the last three years for doping. 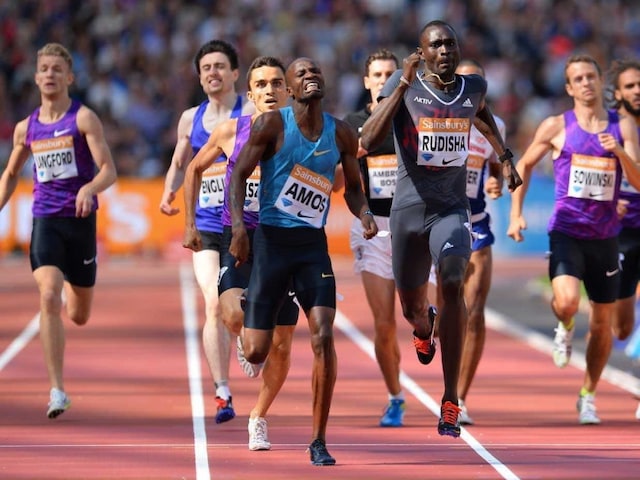 National Olympic Committee of Kenya (NOCK) chairman Kipchoge Keino is worried by the increasing number of the country's top athletes doping and warned it will taint the nation's reputation at the Rio Olympics. (Read more sports stories here)

Keino said the country is expecting to enter over 60 athletes in the 2016 Rio Games, with track and field providing over 45 competitors. "Track and field has been our fort," said Keino on Friday in Eldoret.

"But it is being eaten up by competition and now the scourge of doping threatens to crash it. It is bad that two more have been banned. Our youths have no place to hide because whenever they excel, many will try linking them to cheating."

Jepkorir was nabbed after her result tested positive from the Luanda race. Kimaswai had failed an out-of-competition test in April and had been banned until May 2019.

Back in August, sprinters Joyce Zakary and Francisca Koki Manunga, while competing at the World Championships in Beijing were sent back after failing dope tests.

And in the last three years, 33 other athletes from Kenya, famed for its middle and long-distance runners, failed doping tests. One of the top names nabbed was Boston and Chicago Marathons winner Rita Jeptoo.

Athlete manager and agent Barnaba Korir said on Friday Kenya stands to lose much in appearance fees and getting invitation to top meeting if the vice is not stopped immediately.

"The trend is bad. Somebody should be held accountable for this. It is not the athletes alone who are involved. This is a syndicate beyond the runners and we must bring to book those who supply them and who advice them too," said Korir.

Former Olympic 800 metres champion Wilfred Bungei said unless AK officials take the problem head on and pump money into its fight, there is little that will be achieved to tame the vice.