Allyson Felix, who gave birth to a baby girl in December, said she had decided to start a family last year despite anxiety over negotiations concerning the renewal of her Nike sponsorship deal that expired at the end of 2017. 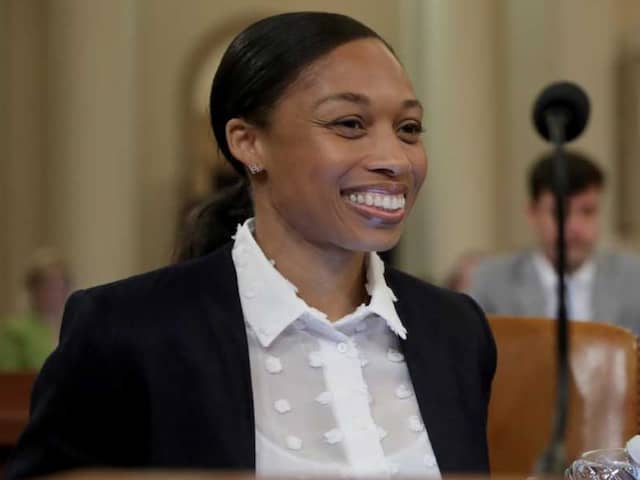 Olympic track and field star Allyson Felix joined a chorus of recent criticism against Nike on Wednesday, accusing the US sporting goods giant of penalizing female athletes who took time off to have a child. Felix, the only female track and field athlete to win six Olympic gold medals, wrote in the  New York Times she had been offered a vastly reduced contract by Nike since taking time off in 2018 during her pregnancy. The 33-year-old former 200m Olympic champion spoke out after US team-mates Alysia Montano and Kara Goucher levelled similar allegations against Nike as part of an investigation by the Times last week.

"They told stories we athletes know are true, but have been too scared to tell publicly: If we have children, we risk pay cuts from our sponsors during pregnancy and afterward," Felix wrote in the Times.

"It's one example of a sports industry where the rules are still mostly made for and by men."

Felix, who gave birth to a baby girl in December, said she had decided to start a family last year despite anxiety over negotiations concerning the renewal of her Nike sponsorship deal that expired at the end of 2017.

Felix said Nike had offered her a new deal worth 70 percent less than before. "If that's what they think I'm worth now, I accept that," Felix said.

However Felix said that when she requested guarantees that she would not be penalized if she performed below her best "in the months surrounding childbirth," Nike baulked.

"I wanted to set a new standard," Felix wrote. "If I, one of Nike's most widely marketed athletes, couldn't secure these protections, who could? Nike declined. We've been at a standstill ever since."

Felix, who has vowed to try and race in the 2020 Olympics in Tokyo in what would be her fifth Games, said the experience has cast light on how the sports apparel industry treats female athletes.

"This isn't just about pregnancy," she wrote. "We may stand behind the brands we endorse, but we also need to hold them accountable when they are marketing us to appeal to the next generation of athletes and consumers."

Nike last week responded to the criticism by vowing to implement a new policy which standardized the treatment of female athletes during pregnancy while recognizing that the company "can go even further."

"I applaud Nike for seeing that change was necessary, and I look forward to specifics, from Nike and the rest of the industry who has yet to commit to contractually protecting women," Felix said.

"Pregnancy is not messing up," she added. "For women it can and should be able to be part of a thriving professional athletic career, as my teammates have shown and I hope to show too. And I dream of a day when we don't have to fight in order to try."