Tokyo Olympics Leaders Aim to Get Tough With Drug Cheats

Tokyo's Olympic leaders have planned to share information and intelligence with WADA and IOC in order to bar athletes who tested positive for drugs to enter Japan. 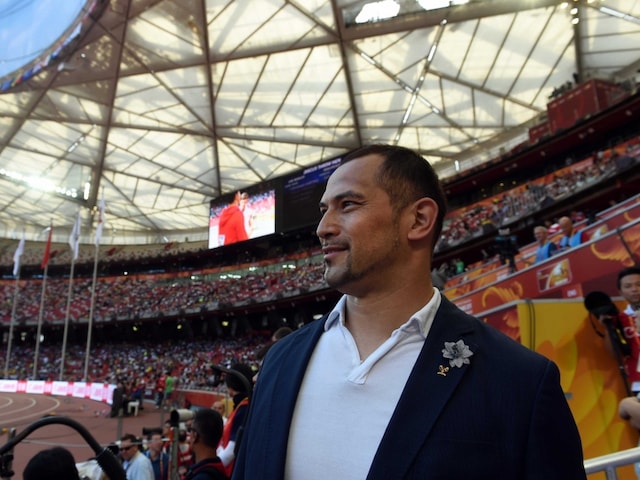 Sports director Koji Murofushi, a former Olympic hammer champion, said Tokyo would look to follow London's example in 2012 when more than 100 athletes tested positive before the Games, according to the International Olympic Committee (IOC). (Disturbing Doping Report will Shake the Sport: WADA)

"We need to share intelligence and information with (World Anti-Doping Agency) WADA and the IOC to stop these athletes coming to Japan," he said in an interview at the world athletics championships in Beijing. (Mass Doping Results Sensationalist and Confusing)

"In London, 107 athletes failed out of competition tests and were suspended, which potentially stopped a lot more positive tests," added the 2004 Athens gold medallist. "We have to make sure there is a filter. Education is important."

Allegations of widespread doping plunged athletics into crisis in the build-up to the world championships and Murofushi, awarded gold in Athens after Hungarian Adrian Annus failed to show up for a drug test, insisted the fight against doping was one the sport must win.

"This is a very difficult time for athletics," said the hulking Japanese. "It is a little early in Tokyo's preparations, because we have to see what happens in Rio next year. But we have to be robust in joining other countries to protect and support the clean athletes."

Murofushi backed new athletics boss Sebastian Coe's tough stance on drug cheats and WADA's new 10-year anti-doping code, which led to 28 athletes being suspended by the sport's ruling IAAF after samples from the 2005 and 2007 world championships were re-tested.

"He wants to clean up the sport," Murofushi said of Coe. "WADA testing old samples will also help deter athletes from doping, and if the accuracy of testing is improved it will be even more difficult for athletes to dope, or want to take any risk."

Twenty-seven years after Ben Johnson's steroid-fuelled dash to gold and subsequent disgrace at the 1988 Seoul Olympics, Murofushi expressed sadness that four of the eight athletes Usain Bolt beat to win the 100 metres in Beijing at the weekend had served doping bans.

Murofushi had little sympathy for two-time doping offender Justlin Gatlin, who has shown signs of irritation over what the American claimed was "biased" media reporting after he took silver behind Bolt in the 100m.

"(Gatlin) wants to move forward but it's not easy," said Murofushi, who also won a world title and two Asian crowns in an illustrious career.

"He has to carry that all the time. It's a very difficult situation for him. How can he get true satisfaction for winning a medal?

"People are not celebrating or rooting for you. It's sad. It's hard to live with that. You're alone and I imagine before bed, in your room alone, it's not a good feeling.

"If you dope, you lose three things: the result, credibility and trust as an athlete, and you're also abusing your body. You lose everything."

Murofushi, 40, also revealed how much it stung to find out Annus was cheating.

"All athletes are friends, we eat together and almost live together during competitions," he said. "You think someone's a nice guy, with a family and children and suddenly when it happens, it's a complete shock. He shouldn't be competing. I was angry, very upset.

"You don't get to stand on the top step of the podium, or hear your national anthem. I trained for that my whole life.

"But I take positives from it," he added. "My job is to educate now, so that it doesn't happen to the next generation of athletes. I thought there was a meaning to what happened.

"Maybe it's an Eastern philosophy," he shrugged. "There's always a meaning."