The three-time Olympic triple jump champion and former world record-holder Viktor Saneyev has died at the age of 76, the World Athletics said on Monday. 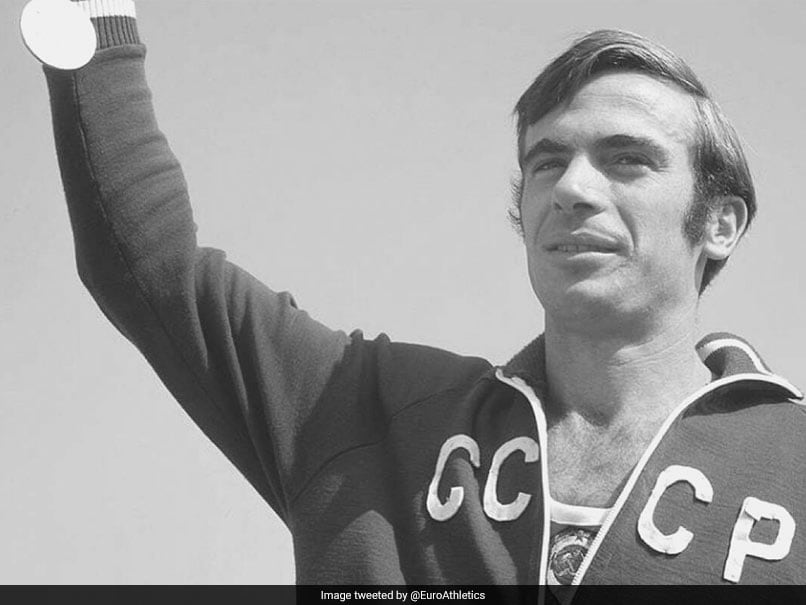 The three-time Olympic triple jump champion and former world record-holder Viktor Saneyev has died at the age of 76, the World Athletics said on Monday. Born in Georgia on October 3, 1945, Saneyev went on to claim his Olympic titles at three consecutive Games, winning his first in Mexico City in 1968 before further success for the Soviet Union in Munich in 1972 and in Montreal in 1976. Four years later in Moscow, he added an Olympic silver medal to his collection, while he won his two European titles in 1969 and 1974.

Saneyev's Olympic career began when he was 23 years of age, and he made his debut in superb style. Winning gold with a world record leap of 17.39m, it was his second world record of the day during an epic competition in which the global mark was improved four times.

During the previous day's qualification, Italy's Giuseppe Gentile had jumped a world record of 17.10m and he improved it to 17.22m in the first round of the final in Mexico City. Saneyev went one centimetre further in the third round before Brazil's Nelson Prudencio responded with a leap of 17.27m in the fifth round. Saneyev was not ready to be beaten, however, and he improved by another 16 centimetres to take the title.

He won his first European title in Athens the following year and then in Munich in 1972 he jumped 17.35m to successfully defend his Olympic title. He had lost the world record to Pedro Perez Duenas in 1971 but regained it after his second Olympic victory, leaping 17.44m in Sukhumi the following month. It was a record he would hold for the next three years.

After regaining his European title in 1974, Saneyev won his third consecutive Olympic title in 1976 in Montreal. Then, in 1980 in Moscow at the age of 34, he came close to a fourth Olympic gold when finishing second with 17.24m, just 11 centimetres off Jaak Uudmae's winning mark.

Saneyev - also a six-time European indoor champion - retired from competitive athletics after the 1980 Olympics and went on to work for the club Dynamo Tbilisi.

He later worked as a coach in Australia and it was in Sydney that the triple jump great died. Saneyev is survived by his wife Yana and their son Alex.