The IAAF has in recent weeks been at the centre of allegations of widespread cheating and suspicious blood tests involving hundreds of athletes. The Monaco-based body responded by calling the claims "sensationalist and confusing". 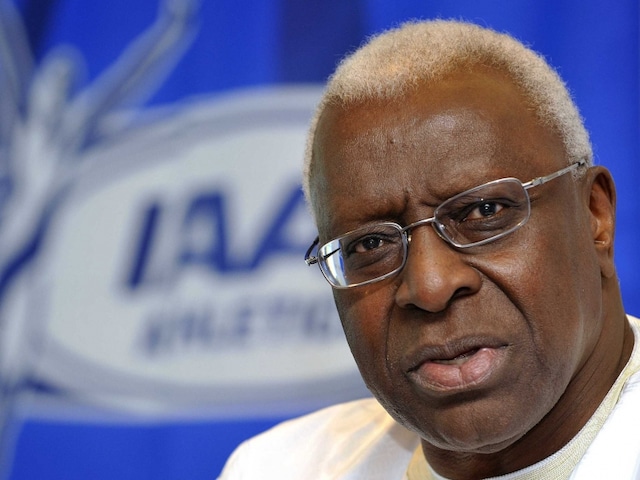 Doping is a "scourge" and "sport is dead" if track and field fans don't believe what they see, outgoing IAAF president Lamine Diack has warned in an interview with AFP. (IAAF Accused of Blocking Report on Doping Cheats)

Speaking ahead of the vote by the 214 member federations of the International Association of Athletics Federations (IAAF) to choose either Sergey Bubka or Sebastian Coe as their new president, Diack told AFP of his admiration for Jamaican sprint star Usain Bolt, but also lamented the fact that doping remained a massive issue.

"When confronted with painful issues such as doping the IAAF have always stood firm and we continue to lead the way in this global fight against cheating," Diack insisted, with the world championships due to start on August 22 after the IAAF Congress. (Mass Doping Allegations 'Sensationalist and Confusing': IAAF)

"We will not let doping damage the credibility of our sport, and we will not stint in our crusade to have a clean sport, and to the extent of our investment and resolve in this respect athletics arguably leads the sports world's fight against this scourge.

"The IAAF completely understand the importance of the credibility in competition. I have said on many occasions that when the day comes where we no longer can believe what we see then sport is dead.

"But I am convinced that the majority of athletes compete clean. We have an obligation to them to root out the cheats and make sure that it is possible to win clean."

The IAAF has in recent weeks been at the centre of allegations of widespread cheating and suspicious blood tests involving hundreds of athletes. The Monaco-based body responded by calling the claims "sensationalist and confusing".

"Despite recent allegations, I have no doubt of the quality of the IAAF's anti-doping work over many decades. It has been exceptional," Diack said. (IOC President Thomas Bach Promises Severe Action Against Guilty in Doping Scam)

Turning to the likes of American Justin Gatlin, who has served two doping bans but is now a serious threat to Bolt in Beijing, Diack was adamant that he had the right to compete under current IAAF anti-doping rules which are fully compliant with the World Anti-Doping Agency (WADA).

"The IAAF is a member of WADA and we fight doping under that international umbrella organisation. One of the responsibilities and obligations of membership and of signing up to the World Anti-Doping Code is that you adopt the same universal rules and regulations as all sports," Diack said.

"This has historically meant athletics does not have the power to implement the harsher sanctions against cheats as many in our sport would like.

"When originally joining WADA we had to give up our right to impose four-year suspensions which went against the will of the IAAF Congress which is made up of our member federations." (Indians Among Offenders in New World Athletics Doping Scam: Reports)

Diack, 82, was vice-president back in 1999 when his Italian predecessor Primo Nebiolo passed away and the former Senegalese long jumper was suddenly promoted to president of the IAAF.

His tenure has been enlightened by the blistering performances of Bolt, the popular Jamaican showman dominating sprints since claiming treble gold in the 2008 Beijing Olympics.

Diack likened Bolt's impact on track and field to that of American sprinter Jesse Owens, who famously won four golds at the 1936 Berlin Games which Adolph Hitler had intended to use as a backdrop for notions of an aryan master race.

"If I have to be selective then, in the period since I have been president, Usain Bolt's outstanding performances across many competitions stand out," he said. (WADA, IOC Worried as IAAF defends its Anti-Doping Record)

"His fame has transcended athletics. In that respect he is like Jesse Owens in his era. Legends both."

Diack will head into retirement in the knowledge that athletics has changed massively from the time he was elected vice-president in 1976.

The sport has in that time been "democratised" to grow and develop the sport of athletics beyond its European and North American core, it has moved from amateur to professional status, there is complete equality in events and prize money for men and women, and international competition circuits for athletes in all the disciplines have been established. (IAAF Suspends 28 Athletes From 2005, 2007 World Championships)

But Diack added: "The IAAF has now consolidated its commercial stability by extending the current agreement with its marketing partners Dentsu right up until 2029.

"The long-term financial security that such a deal provides is the greatest gift I can pass on to my successor as president. It is much easier to embark on a programme of change when the basics of financial security have been met."