Shelly-Ann Fraser-Pryce clocked the joint-fastest time of 10.88 seconds with American Tori Bowie after a false start in her heat at Bird's Nest stadium. 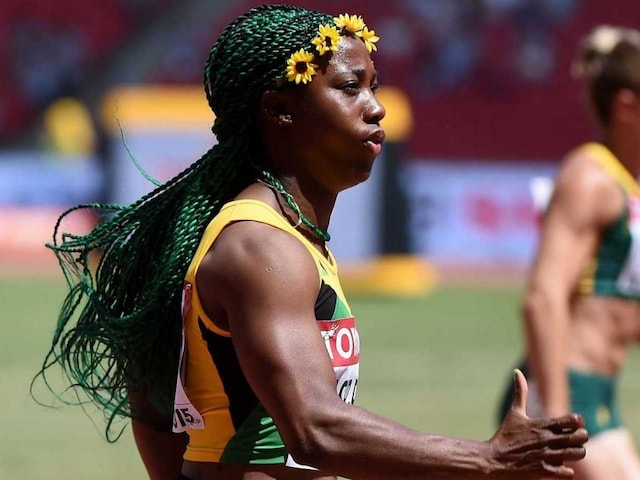 Shelly-Ann Fraser-Pryce competes in the heats of the women's 100 metres.© AFP
Beijing:

The sprinter clocked the joint-fastest time of 10.88 seconds with American Tori Bowie after a false start in her heat at Bird's Nest stadium.

Meanwhile, France's Renaud Lavillenie, the Olympic champion and world record holder, is bidding to end his world championship hoodoo in the men's pole vault and Colombian Caterine Ibarguen will be the one to beat in the women's triple jump.

The women's 10,000 metres and the men's 3,000m steeplechase provide the hors d'oeuvre to Fraser-Pryce's title quest under the floodlights at the cavernous arena where she stormed to Olympic gold in 2008.

The 28-year-old Jamaican has rediscovered her sharpness after a disappointing 2014 by her impeccable standards, winning Diamond League races in Eugene, Paris and Stockholm and posting the year's fastest time of 10.74sec.

However, a formidable American threat lurks should Fraser-Pryce fail to hit the heights and add to the world titles she won in 2009 and 2013.

Tori Bowie spearheads the American challenge after clocking 10.81 to win the national title earlier this year, while English Gardner will also be in the hunt having registered the second quickest time this year at 10.79.

Lavillenie's previous world challenges in the pole vault ended in disappointment in Berlin, Daegu and Moscow but he has come back strongly this season after a shoulder injury, recording a personal-best outdoor mark of 6.05 metres in Eugene.

Defending champion Raphael Holzdeppe has also returned from injury and has hit form just at the right time for Beijing, while Canada's Shawn Barber will also look to pounce on any sign of weakness from Lavillenie, who beat Sergey Bubka's world record of 6.15m by 1cm indoors in Donetsk last year.

Ibarguen, who became a national hero in Colombia when she won gold at the 2013 world championships in Moscow, last lost three years ago and is on an astonishing win streak of 28 competitions.

Relegated to silver by Kazakhstan's Olga Rypakova at the 2012 London Olympics, Ibarguen faces competition from Russian Ekaterina Koneva, the world indoor champion, but the 31-year-old starts as firm favourite.

Meanwhile, Grenada's Kirani James, the men's 400m Olympic title holder, resumes his battle with American rival LaShawn Merritt, who won Olympic gold at the Beijing Games in 2008, when the semi-finals get under way.

James, also the reigning Commonwealth Games title, is looking for his second world title following his win in South Korea four years ago but South Africa's Wayde van Niekerk will bid to gatecrash the party.