Sebastian Coe, who was elected the IAAF president in August, will meet with sports ministry and Athletics Federation of India officials. 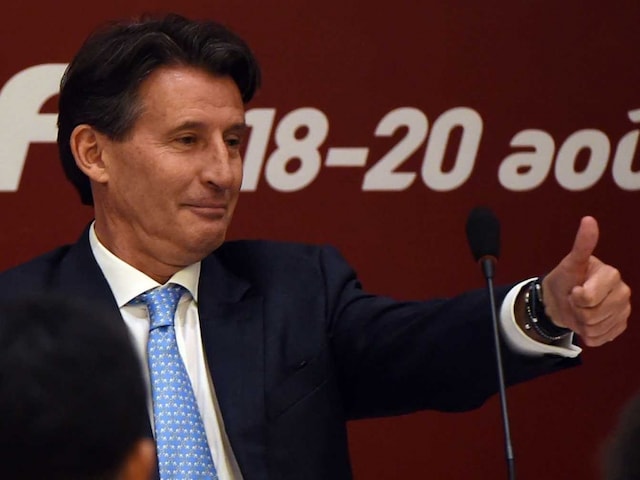 Sebastian Coe, who is a former Olympic 1500m god medallist, has an Indian connection with his maternal grandfather belonging to Delhi.© AFP
New Delhi:

Sebastian Coe, who is into his second month as the head of world athletics body IAAF, will visit India from October 5 to 6. He will meet the top brass of the national federation and the sports minister Sarbananda Sonowal to discuss how to improve the profile of the sport in the country. (Read more sports stories here)

The 59-year-old former Olympic middle distance champion, who has Indian connections as his maternal grandfather was a Punjabi, will attend the executive committee meeting of the Athletics Federation of India to be held on October 5-6.

"IAAF president Sebastian Coe will visit the country for two days. He is reaching on the morning of October 5 and he will attend the AFI Executive Meeting. A dinner will hosted in his honour at a city five star hotel on the night of October 6," a top official of the AFI said.

"During his stay, he will meet the sports ministry officials, including the minister. Coe has Indian connections and he is interested in the well being of Indian athletics."

This will be the first visit of 2012 London Olympics Organising Committee chairman to a particular country after taking charge as head of the IAAF in August end from long serving Lamine Diack.

Last week, he had visited Vrsac, Serbia, but that was to attend the Congress of Association of Balkan Athletics Federations.

Coe's grandfather Sardari Lal from Punjab met his maternal grandmother Vera Swan in the 1920s when he went to England for university studies.

Coe's mother Angela spent her early childhood (till 10 or 11 years of age) at Hotel Marina at Connaught Place in Delhi, which was owned Lal and his brother, before returning to England around the time the second World War was to about to break out.