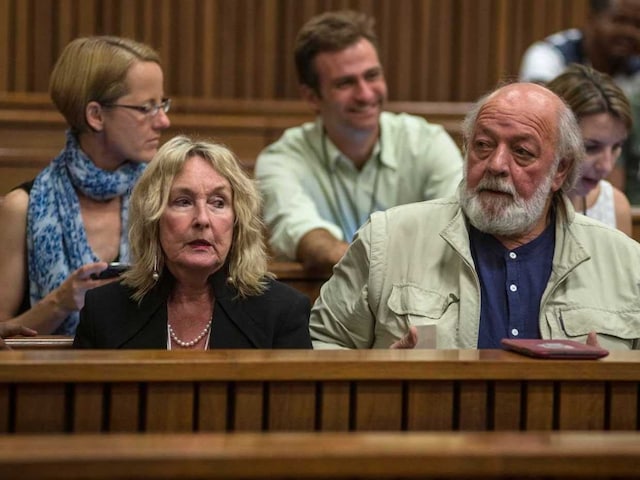 The mother of Reeva Steenkamp said on that she did not want Oscar Pistorius to spend more time in jail for killing her daughter, after he was released on parole and put under house arrest.

"I didn't want him to be thrown in jail and be suffering because I don't wish suffering on anyone and that's not going to bring Reeva back," June Steenkamp told pupils in a televised speech at a school in Port Elizabeth.

"In my heart, I don't want revenge towards him. I am past that. Once you have told God that you forgive, you have to forgive," she said in her first comments since Pistorius' release. June Steenkamp was speaking at Reeva's old school.

She read parts of a speech that Reeva had been preparing when she was killed. Pistorius' parole conditions are reported to allow him to meet with June and Barry Steenkamp if they wish, but a Steenkamp family lawyer said there were no immediate plans for a meeting.

Pistorius, 28, is due to spend the next four years of his five-year sentence living under strict parole conditions at his uncle's home in Pretoria.

The double-amputee sprinter was found guilty of culpable homicide - a charge equivalent to manslaughter - after telling his trial that he shot Steenkamp through a bathroom door because he mistook her for an intruder. Pistorius faces a further test at the Supreme Court on November 3.