Oscar Pistorius, 28, was convicted of culpable homicide by the Pretoria High Court in October 2014 after he shot dead his model girlfriend, Reeva Steenkamp, 29, whom he allegedly mistook for an intruder at his residence on Valentine's Day 2013. 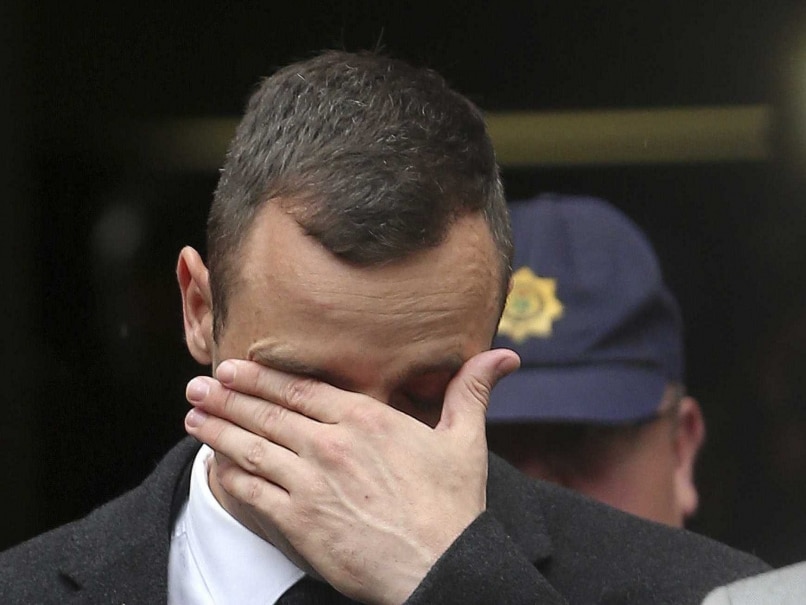 Oscar Pistorius was found guilty last year of culpable homicide after saying he mistook his girlfriend Reeva Steenkamp for an intruder.© AFP
Pretoria:

South African prosecutors on Tuesday started an appeal hearing on whether Paralympian Oscar Pistoriusshould be convicted of murder instead of culpable homicide.

Pistorius, 28, was convicted of culpable homicide by the Pretoria High Court in October 2014 after he shot dead his model girlfriend, Reeva Steenkamp, 29, whom he allegedly mistook for an intruder at his residence on Valentine's Day 2013, BBC reported.

The Paralympian was released from prisonon October 19 after serving one year of his five-year term for killing Steenkamp and is currently under house arrest, and is not attending the hearing at South Africa's Supreme Court of Appeal in Bloemfontein.

He could be sent back to jail if appeal judges overturn the original verdict.

State prosecutor Gerrie Nel has been outlining the state's case for the verdict to be changed to murder from culpable homicide, or manslaughter.

The five appeal court judges will not be considering the facts but the application of the law, in what is expected to be a highly technical case.

The prosecution said that Judge Thokozile Masipa incorrectly applied the law of murder. It argues that Pistorius should have foreseen the result of his actions, namely that shooting four times through a closed bathroom door would result in a person's death.

The athlete said he believed there was an intruder in the house and thought his girlfriend was in the bedroom.

The prosecution was expected to argue that who was behind the bathroom door is irrelevant, and Pistorius's intent was to kill.

The prosecution also wants his jail sentence to be increased from five years to a minimum of 15 years.