OP Jaisha Report on Olympics Marathon Will be Ready by Next Week: Vijay Goel

OP Jaisha, who collapsed at the finish line after completing the 42-km race at Rio Olympics, had alleged that Indian officials were missing at stations for participating countries a few kilometers apart so that their competitors could be offered water and refreshment. 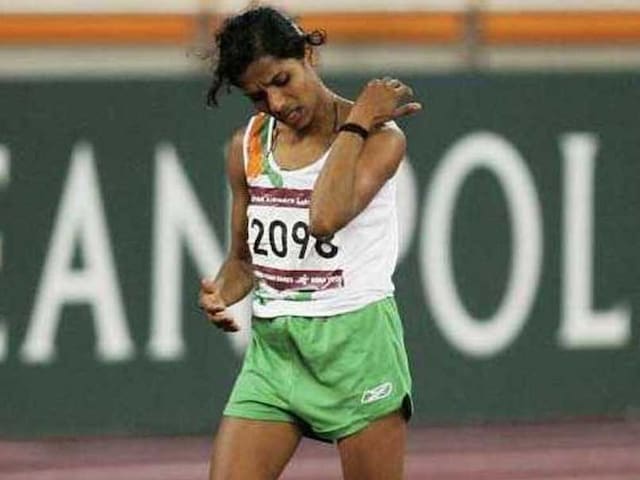 Sports Minister Vijay Goel on Monday said the report on the allegations made by marathon runner OP Jaisha that she was not properly looked after by the Indian officials during the Rio Olympics would be ready by next week.

Goel informed this after unveiling the logo of the forthcoming BRICS U-17 football tournament to be hosted by Goa.

The government on August 23 had constituted a two-member panel, comprising Onkar Kedia, Joint Secretary (Sports) and Vivek Narayan, Director (Sports), to inquire into the allegations of the long-distance runner.

Jaisha, who collapsed at the finish line after completing the grueling 42-km race at last month's Rio Olympics, had alleged that Indian officials were missing at stations erected for participating countries a few kilometers apart so that their competitors could be offered water and refreshment.

Goel said that the report was delayed due to the athlete's unavailability. The two-member panel wanted to seek opinion of experts before submitting the report, the minister said.

Athletics Federation of India had denied the allegations by Jaisha, saying that she had told the AFI that she would not need specialised drinks and refreshments during the race and she would use only the normal water provided by the Rio organisers.

Comments
Topics mentioned in this article
Athletics , 1900-01-01 ,
Get the latest Cricket news, check out the India cricket schedule, Cricket live score . Like us on Facebook or follow us on Twitter for more sports updates. You can also download the NDTV Cricket app for Android or iOS.