Russian President Vladimir Putin's spokesman said he was "very glad" about the ruling which fell just eight days before the 2018 Olympics begin. 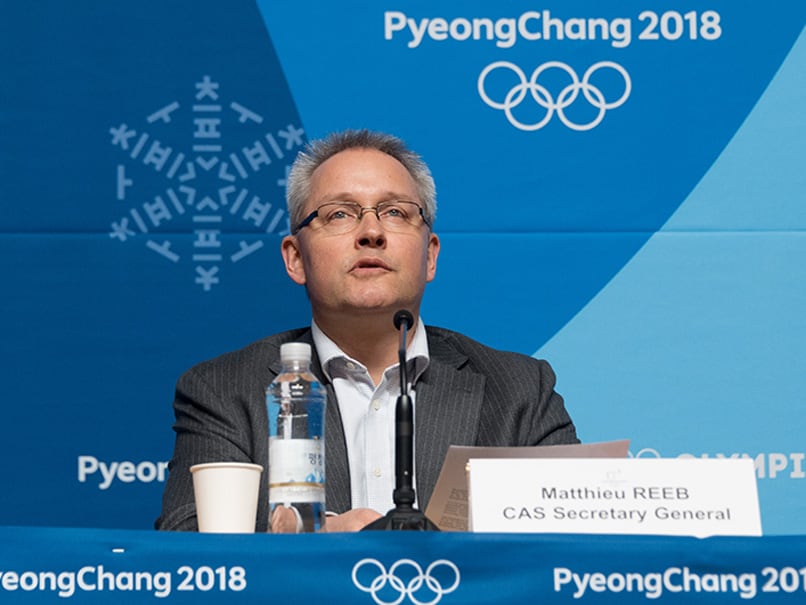 The Court of Arbitration for Sport (CAS) on Thursday lifted life bans on 28 of the 43 Russians accused of doping at the 2014 Sochi Winter Olympics, meaning some could still compete at this month's Pyeongchang Games. Sport's top court ruled there was "insufficient" evidence that the athletes had benefited from a system of state-sponsored doping at the last Winter Games, hosted by Russia in Sochi. CAS said in its judgement: "In 28 cases, the evidence collected was found to be insufficient to establish that an anti-doping rule violation (ADRV) was committed by the athletes concerned."

It added: "The evidence put forward by the IOC in relation to this matter did not have the same weight in each individual case."

Russian President Vladimir Putin's spokesman said he was "very glad" about the ruling which fell just eight days before the 2018 Olympics begin.

The International Olympic Committee has banned Russia as a team from competing at Pyeongchang over the doping scandal, although 169 Russian athletes have been cleared to take part as neutrals.

The Olympic body reacted to the CAS verdict by warning in a statement that "not being sanctioned does not automatically confer the privilege of an invitation" to the Games.

Forty-two Russians -- bobsleighers, cross-country skiers, competitors in the skeleton and ice hockey players -- appealed against the bans at CAS.

Meanwhile CAS lifted the life bans of another 11 Russians, but barred them from competing at the Pyeongchang Olympics that start on February 9.

Among those whose life bans were scrapped is Alexander Legkov, 34, who won gold in Sochi in the 50-kilometre freestyle cross-country skiing event and silver in the 4x10 kilometre relay, only to have his results annulled over the doping allegations.

The hearings at the world's top sports court were as a result of allegations of a vast state-sponsored doping programme contained in the report into Sochi authored by sports law professor Richard McLaren for the World Anti-Doping Agency.

His explosive findings laid out the workings of the programme -- from the use of secret state agents to passing urine samples out of testing labs through mouseholes.

"One can say that there wasn't any system or any sort of manipulation at the Sochi Olympic Games, we've always said that but today the Court of Arbitration for Sport issued such a ruling," said Mutko, who himself is appealing to CAS over his life ban.

He was banned after being singled out in McLaren's report.

Many of the details about Russia's alleged state-supported doping programme were first uncovered by a groundbreaking German investigation.

News of Thursday's CAS verdict was warmly welcomed in Moscow.

"The information about the decision of the Court of Arbitration for Sport proves that energetic work to stand up for our rights in court and elsewhere -- it is justified, it can be effective and it should continue," Peskov added.

"And we are hoping that this work will certainly continue."

He said it was unclear whether the 28 who had their appeals upheld would now compete in South Korea.

"It is a difficult question," the Kremlin spokesman added, noting Russian officials would continue talking to the International Olympic Committee.

Those Russians already cleared to take part in the Games will do so under the designation "Olympic Athlete from Russia".