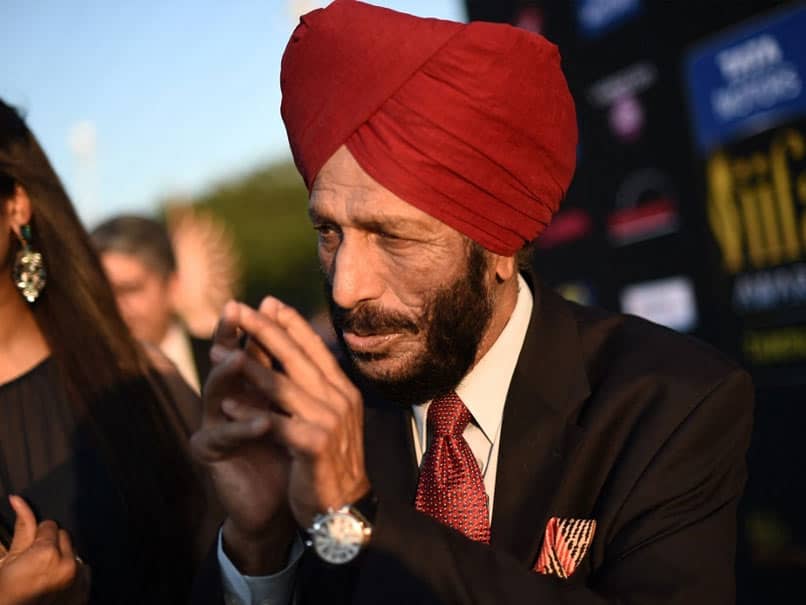 Milkha Singh was admitted to a hospital in Chandigarh on Thursday.© AFP

Legendary Indian sprinter Milkha Singh, who is battling COVID-19 in the ICU of PGIMER, is stable and his condition is "better than yesterday", the hospital said on Saturday. The 91-year-old, who is being closely monitored by a team of three doctors, is still on oxygen support. "Flying Sikh Shri Milkha Singh ji, being unwell due to COVID-19, has been admitted in the ICU of NHE Block of PGIMER since June 3.  "On the basis of all the medical parameters today, that is June 5, his condition has been observed better than yesterday," Prof Ashok Kumar, official spokesperson of Post Graduate Institute of Medical Education and Research, said in a statement.

The top hospital had on Friday said that Milkha was "better and more stable".

Milkha's family also issued a statement through a spokesperson that the iconic athlete "is stable and doing well, but still on oxygen."

"Please ignore the rumours floating around. It's false news," the spokesperson said, referring to some false social media posts which has been doing the rounds since Saturday morning. Sports Minister Kiren Rijiju also quashed the rumours and wished Milkha a speedy recovery.

"Please don't run false news and create rumours about the legendary athlete and pride of India Milkha Singh Ji. He is stable and let's pray for his fast recovery," he tweeted.

An update on the condition of Milkha's COVID positive wife Nirmal Kaur, issued by Fortis hospital at Mohali, where she is admitted, said the family requests privacy after being "inundated with rumours and negative posts".

"Mrs Milkha Singh continues to be stable...they (family) will give further updates as and when there is a change in condition of either of their parents," the statement said.

Milkha's 82-year-old wife Nirmal, who had also contracted COVID-19 days after her husband got the infection, continues to be in the ICU of the Fortis hospital in Mohali in "stable" condition.

Punjab Chief Minister Amarinder Singh spoke to Milkha's son Jeev to enquire about the condition of his parents.

"Spoke to@Jeev Milkha Singh son of 'Flying Sikh' & national icon Milkha Singh Ji to enquire about the condition of his father who is admitted in ICU due to #Covid19," Amarinder tweeted.

"Conveyed my best wishes to him for his speedy recovery. All of us in Punjab are praying for his well-being." In the video of the chat with Jeev, which Amarinder shared on his Twitter handle, Jeev told the CM that Milkha Singh "is in ICU in PGI and he is stable."

On Amarinder asking why Milkha had to go back to the hospital, days after he was discharged from Fortis Mohali, Jeev told him that the decision was taken as he had some breathing and respiratory issues.

"...when he was having a tough time breathing, he requested me to take him to PGIMER, that's when we moved him there," Jeev told Amarinder Singh. "My prayers are with you, the whole of the country is praying.

Your father is an icon of the nation. My prayers are there. May Waheguru keep you and the entire family happy. Anything I can do, do let me know," Amarinder told Jeev.

Milkha was brought to PGIMER on Thursday with dipping levels of oxygen.

On Friday, Milkha had received a phone call from Prime Minister Narendra Modi enquiring about his health. Modi spoke to Milkha and expressed hope that the iconic sportsman will be back soon to "bless and inspire athletes, who will be participating in the Tokyo Olympics."

Milkha was discharged from Fortis hospital in Mohali, where he received treatment for COVID Pneumonia, on Sunday last on the request of his family.

He, however, continued to be on oxygen support at home. Milkha is suspected to have contracted the infection from a house help.

The legendary athlete is a four-time Asian Games gold medallist and 1958 Commonwealth Games champion but his greatest performance remains the fourth-place finish in the 400m final of the 1960 Rome Olympics.

His timing at the Italian capital was a national record for 38 years till Paramjeet Singh broke it in 1998. He also represented India in the 1956 and 1964 Olympics and was bestowed the Padma Shri in 1959.