Lady Gaga's rendition of John Lennon's classic 'Imagine' -- with its message of the world at peace -- along with other spectacular music and dance scenes added to what was a glittering night. 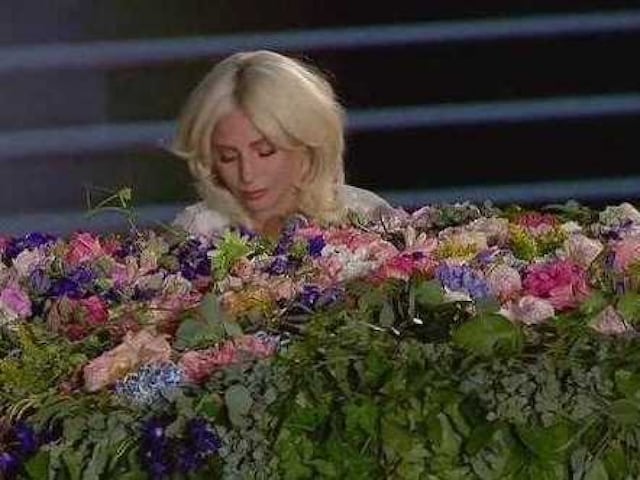 Lady Gaga's rendition of John Lennon's classic 'Imagine' -- with its message of the world at peace -- along with other spectacular music and dance scenes allowed the hosts to indulge in an outpouring of national pride and rest from the poor global headlines this week over the government's human rights record. 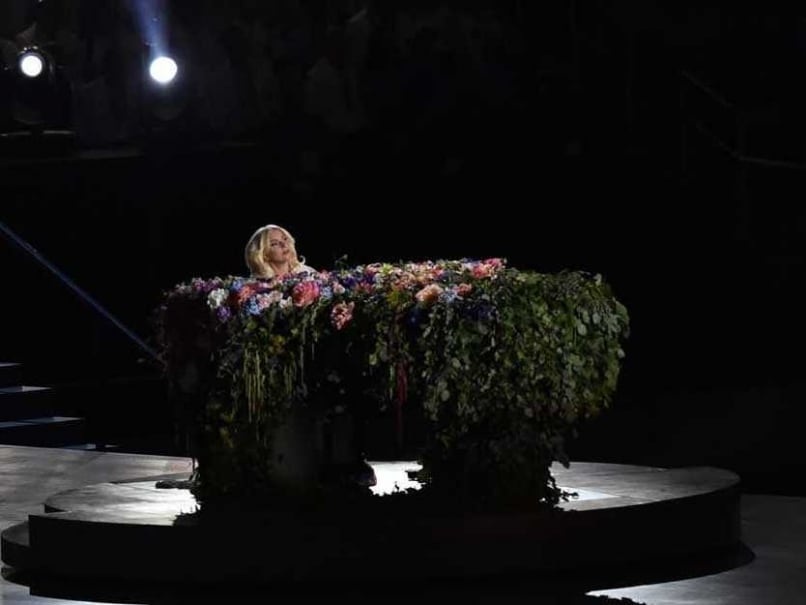 Lady Gaga performs during the Opening ceremony of the 2015 European Games on the Olympic stadium in Baku.

The Armenians had been anticipating a 'warm' welcome and they got it as a delegation -- seemingly lacking their athletes as it comprised elderly looking grey-haired men -- were jeered and some spectators chanted 'Azerbaijan, Azerbaijan' and brandished the national flag.

The two Caucasus countries have been locked in conflict since a bloody war in the early 1990s following the breakup of the Soviet Union.

It was a considerable diplomatic coup for European Olympic Committee president Pat Hickey, the driving force behind the creation of the Games, who laboured long and hard to persuade the Armenians to compete.

Hickey, who will celebrate his 70th birthday during the Games, alluded to the human rights concerns and the criticism he has taken for having Azerbaijan host them in his speech saying that sports can help change society.

The ceremony took place under heavy security -- spectators over 16 had to produce a piece of identity and have it photographed.

Aside from Putin, there were over 30 other heads of state attending though precious few from the rest of Europe.

Once through the security, though, the 68,000 spectators enjoyed a feast of entertainment -- involving over 2,000 volunteers mostly from Azerbaijan who had sweated blood and tears over 600 rehearsal sessions -- the like of which many opening ceremonies at Olympic Games would pale into insignificance.

No expense was spared on the ceremony -- whose artistic director Dimitris Papaioannou directed the opening and closing ceremonies of the 2004 Athens Olympics -- with a mix of traditional Azeri dance and music and more modern fare.

"A fire must be lit at the heart of this immense machine. Art's fire, fuelled in this case, by the essential oils of Azerbaijan's culture," said Papaioannou evoking Azerbaijan's nickname 'Land of Fire'.

The tone was set by a dazzling array of over a thousand female dancers, decked out in tubular beige dresses, the overall shape resembling jellyfish.

The climax to the dance saw the dresses dramatically transformed inside out to form collectively the colours of the Azerbaijan national flag.

The athletes' entrance into the stadium was preceded by a huge pomegranate -- a symbol of Azerbaijan -- splitting open to release its seeds -- in effect hundreds of ruby-like balloons floated up and around the stadium.

Sporting records may be few and far between over the next fortnight but the Games opening ceremony broke one -- the 16 lasers used to create the map of Europe are the most ever used to produce large-scale animations on a single stage.

While there will be some fireworks in the sporting arena they will have to go a long way to rival the 15,000 rocket-powered ones that lit up the sky over Baku throughout the ceremony in perfect synchronisation with the music -- the culmination of 5,000 hours of preparation in the impressive new stadium.