Gideon Kipketer, who finished the Mumbai Marathon with a record time of two hours eight minutes and 35 seconds, bettered the 2013 course record of 2:09:32 set by Ugandan Jackson Kiprop. 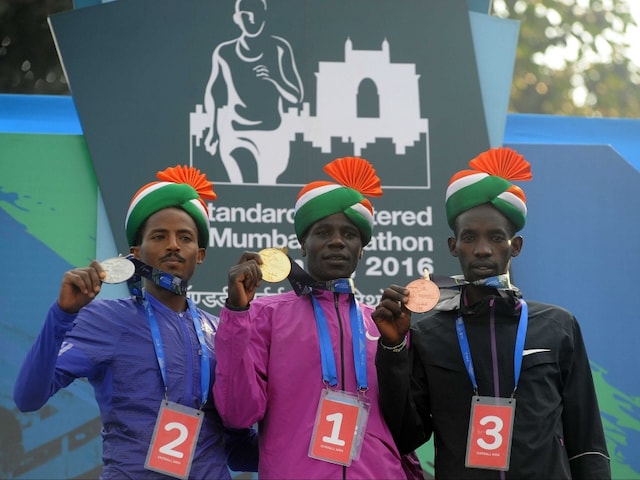 Kipketer was the dominating runner right from the start till the end as his pace took him way ahead of the others.

The world class runners alongside the Indian contestants raced up and down the Mumbai roads from Chhatrapati Shivaji Terminus to Bandra via the Rajiv Gandhi Sea Link in the 13th edition of the Marathon.

Kiprop, who is a marathon specialist, finished eighth with a disappointing time of 2:14:54.

Meanwhile, the women's crown was clinched by Ethiopian Shuko Genemo with a timing of 2:27:50.