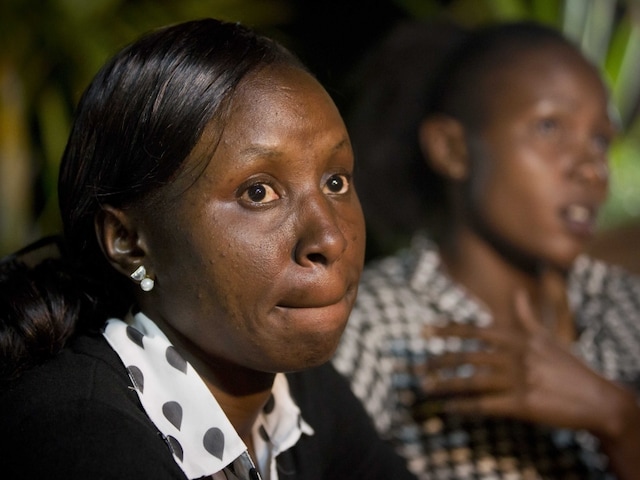 Both Francisca Koki and Joyce Zakari were each given a four-year ban after being found guilty of using a prohibited substance, Furosemide, in Beijing in August 2015.© AP
Nairobi:

Top Kenyan athlete Francisca Koki, suspended for doping, said she and fellow runner Joyce Zakari were asked to pay nearly $50,000 in bribes to the national athletics federation chief to help the case. (Read More in Athletics)

Sprinters Koki and Zakari, suspended for doping violations at the Beijing World Championships, claimed Athletics Kenya chief executive officer Isaac Mwangi asked them for the bribe but they were unable to pay.

"We could not afford such a big sum of money... for me I have never even seen such an amount. I just started running recently and I have not been able to make much money."

Mwangi has denied the claims.

Both Koki and Zakari were each given a four-year ban after being found guilty of using a prohibited substance, Furosemide, in Beijing in August 2015.

Koki, a 400m hurdler, said she and Zakari were asked for cash in October, a month before their suspension.

"We thought it was unfair for an official to ask for money from us, especially when we were in such a kind of a desperate situation after we had been kept in a suspense for a long time before the four-year suspension was imposed on us," Koki said.

"We are crying for our case to be heard, because we believe many other athletes have been faced with the same dilemma."

She said she had spoken to IAAF officials on the matter.

Mwangi said he had spoken to both Koki and Zakari, but dismissed their claims he had asked for a bribe.

"It is not true that I asked for money from them," Mwangi insisted to AFP.

The success of Kenya at Beijing -- topping the medals table for the first time since the championships started in 1983, taking seven golds, six silvers and three bronze medals -- was tarnished after Koki and Zakari failed drugs tests.