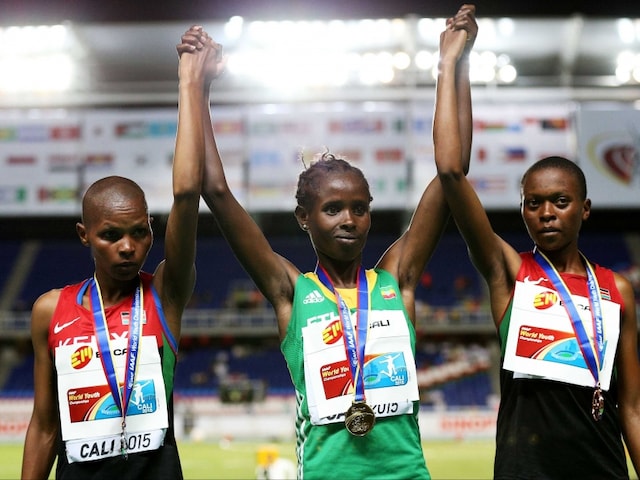 Emily Chebet (left) has been handed a four-year ban for doping.© AFP

Chebet, the cross-country world champion in 2010 and 2013, was banned for four years after testing positive for the diuretic and masking agent furosemide, the Kenyan athletics federation said. (WADA Report Asks for Banning of Russia Athletes)

The 29-year-old Chebet was also a bronze medalist in the 10,000 meters at last year's Commonwealth Games in Glasgow. Her ban was backdated to July 17 and runs through until July 16, 2019. Beijing world championships participants Joyce Zakary and Koki Manunga each was banned for four years for furosemide.

Zakary, a 400-meter runner, and Manunga, a 400-meter hurdler, had been provisionally banned after they tested positive at August's worlds.