Jinson Johnson clocked 3 minute 35.24 seconds to finish second behind Joshua Thompson of United States at the Olympic Stadium in Berlin. 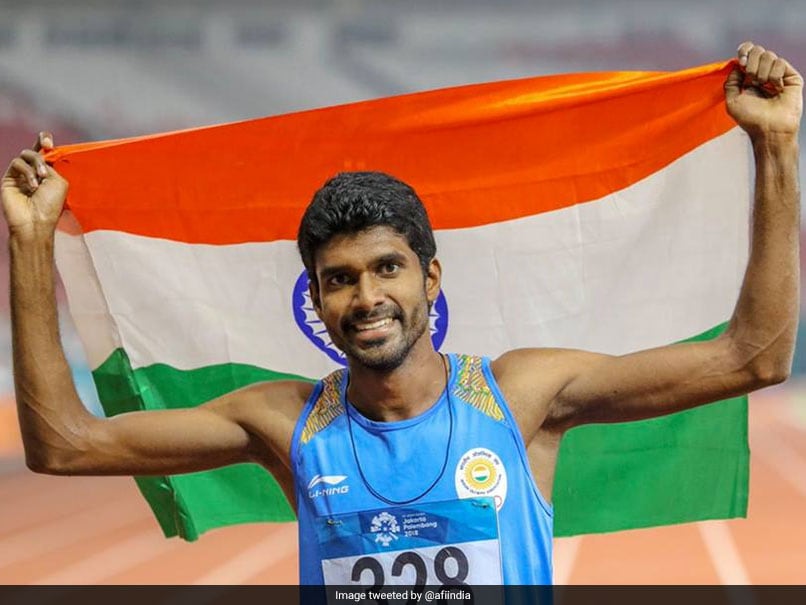 Asian Games gold medallist Jinson Johnson bettered his own 1500m national record while clinching a silver in the ISTAF Berlin event in Berlin on Sunday. Johnson clocked 3 minute 35.24 seconds to finish second behind Joshua Thompson of United States at the Olympic Stadium in Berlin. The earlier national record in the name of the 28-year-old Kerala runner was 3:37.62 which he had clocked at Nijmegen in the Netherlands in June. He also holds the 800m national record (1:45.65).

I am really happy on improving my own record in 1500 m & winning silver medal in IAAF World Challenge (ISTAF) today in Berlin and also qualified for World Championship. Thanks to @afiindia @IndiaSports @Media_SAI @adgpi for their continuous support. #RoadtoTokyo2020 pic.twitter.com/AizrpteGOR

With his own national record shattering effort, Jinson also qualified for the World Championships to be held in Doha from September 28 to October 6.

The World Championships qualifying time is 3:36.00.

"I was expecting to set new national record but did not expect to win the silver. I will now go to Colorado in USA for further training and then to Doha for World Championships," Jinson said after the event.

ISTAF Berlin is a part of the IAAF World Challenge meetings, the second tier of global one day athletics events.

It is the penultimate leg of the IAAF World Challenge meetings this year.