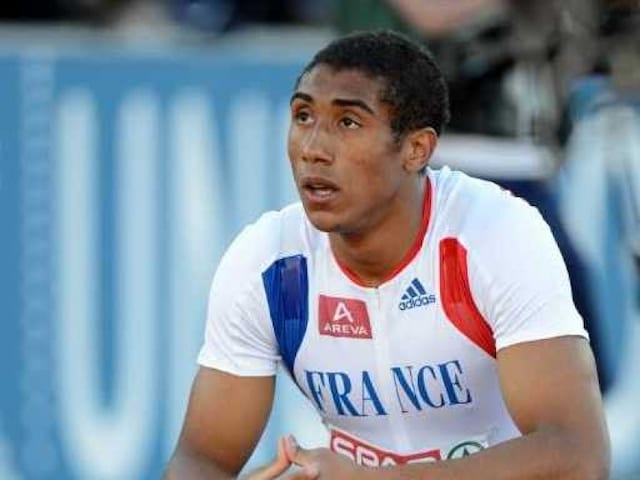 French sprinter Jimmy Vicault posted a season-best 100 metres time of 9.86 seconds to equal his own European record in Montreuil on Tuesday.

The 24-year-old had clocked 9.99 seconds at Rome's Diamond League last Thursday, enough to qualify for the August 5-21 Rio Olympic Games.

He became co-holder of the European 100 metres record on July 4, 2015 in Paris when he matched the mark set by Portugal's Francis Obikwelu at the 2004 Athens Olympics.

"I thought I'd put in a big time today. I'm really satisfied with that," said Vicault.

His time is the quickest 100 metres run anywhere in the world this year, ahead of Qatari Femi Ogunode (9.91 seconds), veteran Kim Collins (9.93 seconds) and Justin Gatlin (also 9.93 seconds).

Comments
Topics mentioned in this article
Other Sports Athletics
Get the latest Cricket news, check out the India cricket schedule, Cricket live score . Like us on Facebook or follow us on Twitter for more sports updates. You can also download the NDTV Cricket app for Android or iOS.