Gymnastic Federation of India and Indian Weightlifting Federation were the latest to join the bandwagon of those demanding an SGM to move a No Confidence Motion against Ramachandran. Among state Olympic units, Delhi, Bengal and Tripura joined the move to oust the IOA chief. 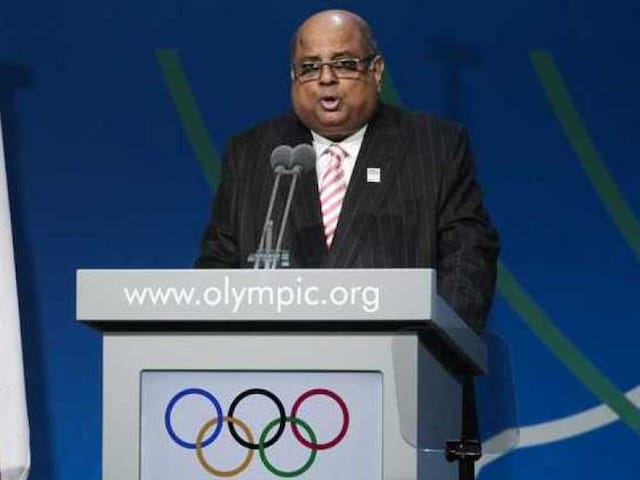 The move to oust Indian Olympic Association President N Ramachandran has got support from 13 National Sports Federations and nine state Olympic units, demanding a No Confidence Motion against him by calling a Special General Meeting.

Gymnastic Federation of India and Indian Weightlifting Federation were the latest to join the bandwagon of those demanding an SGM to move a No Confidence Motion against Ramachandran. Among state Olympic units, Delhi, Bengal and Tripura today joined the move to oust the IOA chief.

"As per Rule VIII (i) and (ii) of IOA Constitution, the Gymnastic Federation of India would like to move a vote of no confidence against Mr N Ramachandran, President IOA.

We hereby request you to convene a Special General Meeting of IOA at the earliest to discuss on the vote of no confidence against the president IOA," GFI President J S Khandari said in a letter to the IOA Secretary General Rajiv Mehta.

IWF also joined the move to oust Ramachandran with a top official confirming it.

Basketball Federation of India headed by K Govindraj has also demanded Ramachandran's ouster but it is not clear whether his faction is recognised by the IOA or not.

There are also indications that the state Olympic associations of Maharashtra, Jammu and Kashmir, Odisha, Nagaland and Andaman and Nicobar could join the chorus to oust Ramachandran but they are yet to do it officially.

According to the IOA constitution, a No Confidence Motion against the president, secretary general, treasurer and other executive council members can be passed if two-third majority of the members are present and voting.

The IOA has 39 NSFs but a few of them are under dispute due to having rival factions.

It has 35 state Olympic units. A SGM may be convened at any time by IOA president or the Executive Council or on a written requisition signed by presidents and secretaries of not less than 50 per cent member units within one month from the date of receipt by the president of the said requisition.

If the president of IOA fails to convene a meeting, then the requisitionists can convene the meeting under arrangements made directly by them.

The infighting among the top brass of the IOA, which came out of a 14-month suspension only last year, got exposed just days after International Olympic Committee president Thomas Bach's first visit to the country after taking over as IOC chief in 2013.

In his one-day whirlwind visit on April 27, Bach had called for unity among the IOA members so that they can work together for the betterment of Indian sports and sportspersons. He has also laid to rest the speculation that India may bid for 2024 Olympic Games.

Discontent against Ramachandran had been brewing for quite some time now with many members feeling that the IOA chief was running the show all by himself without consulting other officials.

Ramachandran's move to keep IOA office bearers, including secretary general Rajiv Mehta, in the dark before he visited Bach in Lausanne, Switzerland, along with sports secretary Ajit Sharan also did not go down well with some members.