According to reports, five per cent of the 12,000 blood samples which returned "abnormal blood tests" were from Indian athletes. 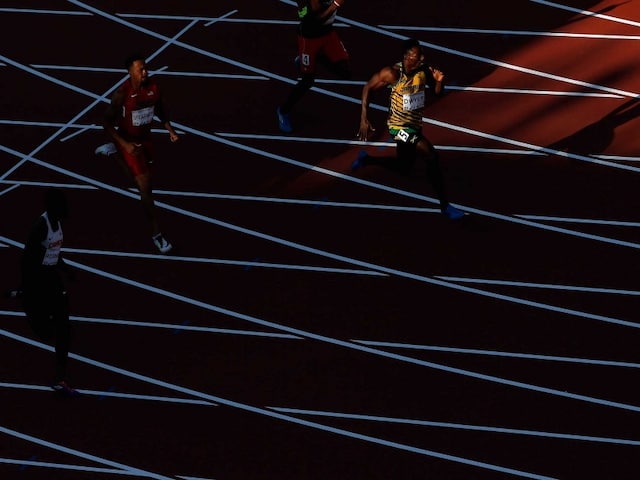 Picture is for representational use only.© AFP
New Delhi:

The sensational media reports of widespread blood doping in world athletics has also pointed the finger of suspicion at the Indian athletes, though experts in the country are not very clear about how it could have happened.

The reports, which claimed that leaked results from 12,000 blood tests on 5,000 competitors by International Association of Athletics Federations (IAAF), showed the wide extent of cheating in the sport. The results came from an IAAF database leaked to German television channel ARD and reported by Britain's 'Sunday Times'. (New Doping Crisis Set To "Shake The Foundation" Of Athletics)

Two eminent experts concluded from the results that 800 athletes in disciplines from 800m to the marathon registered values considered suspicious or highly suspicious. They also said the analysis of the blood levels of the medal-winners at World Championships and Olympics between 2001 and 2012 indicated a third of athletics medals were won by competitors who had given suspicious tests, according to these reports.

The 'Sunday Times' report cited India among countries under suspicion of blood doping, saying that five per cent of the 12,000 blood samples which returned "abnormal blood tests" were from Indians. (WADA, IOC Worried as IAAF defends its Anti-Doping Record)

One Indian expert said that blood doping in India could be possible as erythropoietin (EPO) is available in India and athletes might have used it, if at all the reports are to be true.

"I don't know whether these reports about Indian athletes would have been true or not. But at the same time, you cannot rule out blood doping in India as EPO is available in the market," Sports Medicine expert P S M Chandran told PTI.

"Blood doping can be in two ways. Earlier, it was done through transfusion of one's own blood. An athlete withdraws his own blood, stores it at freeze point and re-infuses it before competition. Now, the latest is the easier one, that is by injecting banned substance erythropoietin. This EPO is available in India and so you can't ruled out blood doping in India," he added. (IOC President Thomas Bach Promises Severe Action Against Guilty in Doping Scam)

The officials of AFI and NADA did not respond even after repeated attempts.

An official in the know of this blood testing said that so far the National Dope Testing Laboratory here has not found adverse blood testing. He said if at all Indians are to be caught for blood doping, it could be from samples collected by IAAF or WADA at the top world events like World Championships and Olympic Games.

"As far as I can remember, the NDTL started blood sample testing in the last couple of years only but nobody has been caught so far for blood doping in India. If at all these reports are going to be true, it could be from blood samples taken by IAAF or WADA at World Championships and Olympics," the official said.

"Blood testing needs to follow more cumbersome procedure than urine sample testing and not many blood sample testing is done in India. But WADA used to take blood samples from athletes at World Championships and Olympics. They will even do two times during these top events," he added.

A former coach said that NADA rarely takes blood samples from athletes at the national camps though WADA would do the same from among those in International Registered Testing Pool.

"I can remember NADA had taken blood samples just twice or thrice from a few athletes at NIS Patiala since the NDTL started blood testing two years back. WADA comes for blood sample testing but only for those in the IRTP. Very few Indians have been in the IRTP list," he said.