Papa Massata Diack, Valentin Balakhnichev and former Russian coach Alexei Melnikov were banned for life by the IAAF ethics commission after an investigation into blackmail, extortion and doping cover-ups. 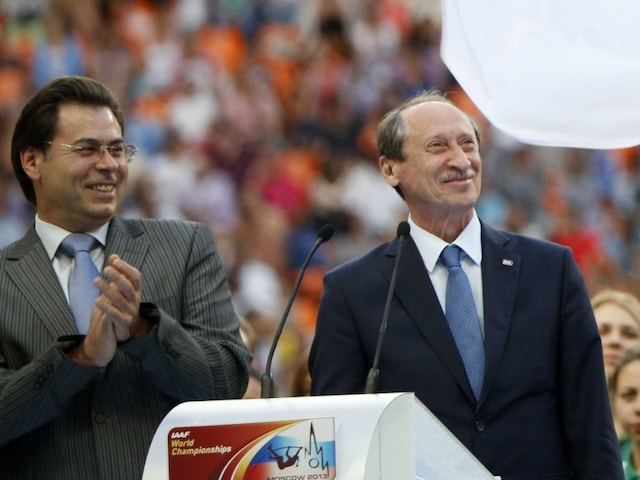 "Any lesser sanction would not meet the gravity of their offences," the commission said in announcing the bans.

Papa Massata Diack and his father Lamine Diack, who stepped down as IAAF president in August, and Balakhnichev are all under investigation by French police over hundreds of thousands of dollars paid to cover up doping offences.

Lamine Diack is alleged to have received one million euros ($1.1 million) alone. His son acted as a marketing consultant to the International Association of Athletics Federations (IAAF) until forced to stand down over the scandals.

The IAAF ethics commission looked into charges that Russian runner Liliya Shobukhova, who won the 2012 London Olympics women's marathon, paid more than $600,000 to have her doping violations covered up.

But Shobukhova turned whistleblower for the World Anti-Doping Agency (WADA) which has been investigating widespread doping in Russian support.

Russia has been suspended by the IAAF and now faces a race against time to be readmitted in time for the Rio de Janeiro Olympics in August.

Shobukhova is now serving a reduced ban for her doping failures.

WADA is to release a new report on doping in athletics on January 14 which is expected to implicate new countries.