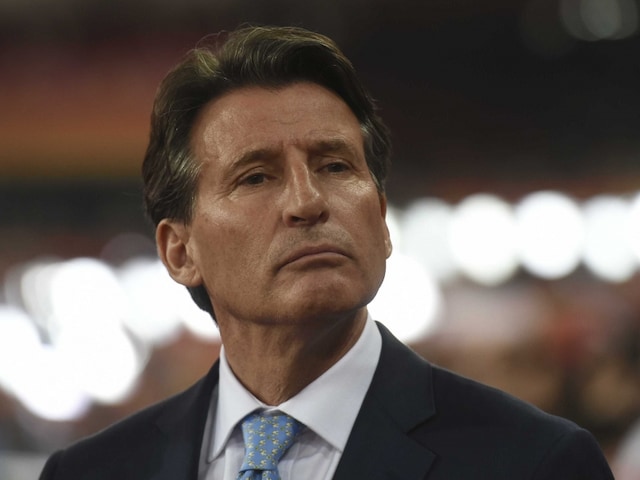 Sebastian Coe was of the view that with various allegations hanging over the IAAF, association this is clearly not the time for the global athletics family to be gathering in celebration© AFP
London:

Athletics lurched deeper into crisis on Friday with the showcase sport of the Olympics scrapping its year-end gala after French officials began investigating the ruling body's former president for corruption. (Read More in Athletics)Â

A double Olympic champion also criticised the inaction of new IAAF president Sebastian Coe and suggested the sport's doping scandal was at least as damaging as the ongoing corruption probe into soccer's world governing body FIFA or the Lance Armstrong cycling controversy.

In addition, the IAAF governing body announced it had charged four sports officials with ethics violations for allegedly concealing the doping results of a Russian athlete.

The announcement could not save the governing body's year-end gala in Monaco, with officials on Friday cancelling the Nov. 28 black-tie event in Monaco, which honours the year's best athletes, because of the sport's doping scandal.

"Given the cloud that hangs over our association this is clearly not the time for the global athletics family to be gathering in celebration," Coe said in a statement.

French authorities announced earlier this week that they had placed former IAAF president Lamine Diack under formal investigation on suspicion of corruption and money laundering.

The 82-year-old Senegalese was questioned by the office of France's financial prosecutor for allegedly receiving over one million euros ($1.09 million) in bribes in 2011 to cover up positive doping tests by Russian athletes.

Diack's family has dismissed what they called the "excessive and insignificant accusations".

He served as president from 1999 until August this year when he was succeeded by Briton Coe who ran on a platform to reform athletics and improve its integrity.

Days before he was elected, Coe had to deal with allegations that athletes had been escaping censure despite having abnormal blood levels.

Coe said at the time the allegations were "a declaration of war on my sport" but he has been silent on the latest scandal, prompting a stinging rebuke from former British team mate Daley Thompson.

"I don't think anything much worse could happen to the sport than for the former president to have colluded with the Russian Federation over doping tests," the 1980 and 1984 Olympic decathlon champion told Talksport radio.

"This to my mind is a 10 or 11 on the Lance Armstrong scale. This is much worse that what Sepp Blatter has been doing.

"This has not happened on Seb Coe's watch but he needs to have a root and branch reform ... maybe he needs to make a stand and say what he's going to do about it."

A leading Kenyan sports administrator added his voice to the perceived inaction in combating the doping problem with a warning that unless his country improved their anti-doping efforts they faced expulsion from competition, including next year's Rio Olympics.

Dozens of Kenyan runners have been caught doping in the past few years, tarnishing the reputation of the east African nation famed for its middle and long-distance runners.

WADA and other officials have voiced frustration over the years that Athletics Kenya (AK) has not cracked down on doping despite frequent promises that it would.

"It is no longer just a threat," chairman of the National Olympic Committee of Kenya (NOCK) Kipchoge Keino told reporters in Nairobi after returning from the United States where he met WADA officials.

"They think Kenya is sweeping doping issues under the carpet. The ADAK (Anti-Doping Agency of Kenya), Athletics Kenya and Government must meet immediately to confront this issue or else we are in big trouble. Things are that bad."