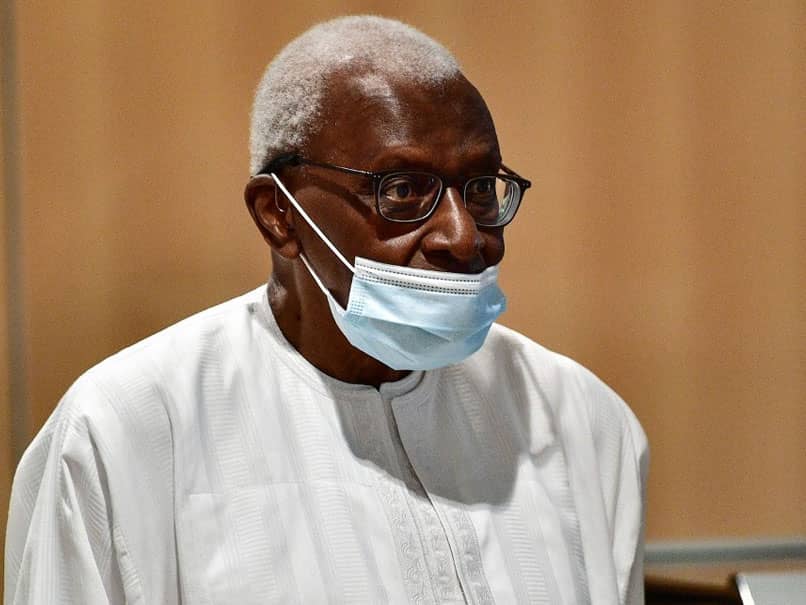 Lamine Diack has been given a four-year prison sentence, with two years suspended.© AFP

The former head of athletics' world governing body, Lamine Diack, was on Wednesday found guilty by a French court of corruption in covering up Russian doping cases and sentenced to four years in prison, of which two years were suspended. Diack, an 87-year-old Senegalese who led the International Association of Athletics Federations (IAAF), now renamed World Athletics, for 16 years was also fined 500,000 euros ($600,000). The presiding judge in the court in Paris, Rose-Marie Hunault, said Diack's actions had "caused serious damage to the fight against doping".

She said that despite the sentence, he was unlikely to go to prison.

"Given your age you can expect conditional release," she said.

Diack said he would immediately lodge an appeal.

His son, Papa Massata Diack, a former marketing consultant for the IAAF, who was tried in absentia because Senegal refused to extradite him, was also found guilty and sentenced to five years in prison and fined one million euros.

Previously one of the most influential figures in world sport, Diack was president of the IAAF from 1999 to 2015 until he was replaced by Britain's Sebastian Coe in August 2015.

The prosecution alleged that Diack obtained $1.5 million of Russian funds in exchange for the IAAF's anti-doping arm covering up or delaying offences by 23 Russians to allow them to compete in the 2012 London Olympics and the 2013 World Athletics Championships in Moscow.

Diack told the court it was his decision to delay bans after the athletes failed tests in 2011, but he denied knowing that officials from the body had directly or indirectly asked those athletes for hundreds of thousands of euros to hush up their cases.

He said he was acting to safeguard "the financial health of the IAAF" because the federation was negotiating major sponsorship contracts with Russian bank VTB and a Russian broadcaster at the time.

Diack, who was decorated in the Kremlin in late 2011, denied taking Russian funds to finance the successful campaign by Macky Sall for the Senegal presidency.

Two Russian officials tried in their absence, the former president of the national athletics federation Valentin Balakhnichev and the former coach Alexei Melnikov, were given prison sentences of three years and two years respectively.