The 104-year-old Fauja Singh will be participating in his second Mumbai Marathon on Sunday and it's a story of an athlete who has been inspirational for one and all. 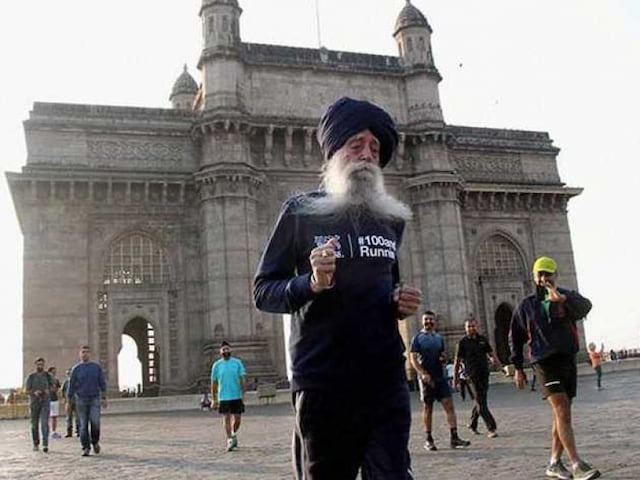 Fauja Singh during some trial runs ahead of the marathon.© PTI

Picture this an old feeble person participating in a marathon amidst a group of youngsters who are finding it hard to match up to his levels. Sounds surreal right?(See Pics)

But if you have seen India's 'Marathon Guy' Fauja Singh running, it wouldn't surprise you.

The 104-year-old will be participating in his second Mumbai Marathon on Sunday and it's a story of an athlete who has been inspirational for one and all.

Known as 'Turbaned Tornado', Singh took up the sport when he was in his eighties after moving to London.

He first participated in London Marathon in 2012, where he ran 20kms. Since then he has never looked back.

Ask the guy and he would tell you that the joy of winning a marathon in India is what keeps him going.

"I have won marathons across the world and beaten records but in India I have come to win hearts. The joy of running in India has always been different and something special which keeps me going," said Singh.