Dutee Chand's 'Gender Case' To Be Re-Opened, IAAF To Return To CAS

Indian sprinter Dutee Chand's 'gender case' has hit the headlines with the IAAF deciding to return to the CAS with more evidence in support of its Hyperandrogenism Policy. 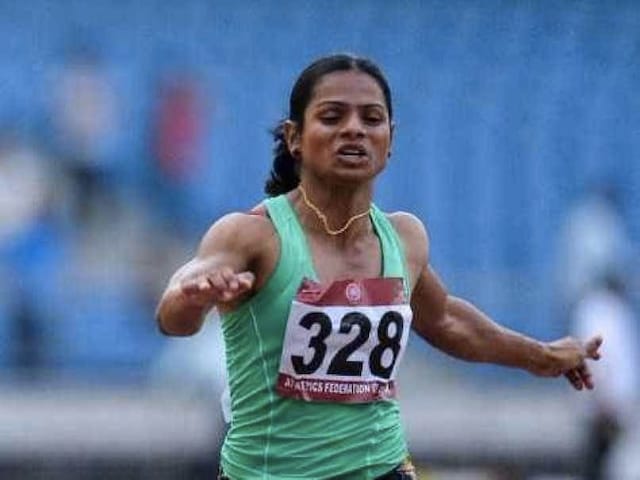 Just a day before she is to compete at the Asian Athletics Championships in Bhubaneswar, Indian sprinter Dutee Chand's 'gender case' has hit the headlines with the IAAF deciding to return to the CAS with more evidence in support of its Hyperandrogenism Policy. On July 27, 2015, in a Court of Arbitration for Sport case between Chand and the Athletics Federation of India (AFI) and the International Athletics Association (IAAF), the CAS made an interim decision to suspend the world body's Hyperandrogenism Regulations for a period of two years. It was done in order to provide the IAAF with an opportunity to submit further evidence as to the degree of performance advantage that hyperandrogenic female athletes have over athletes with normal testosterone levels.

After the CAS partially upheld her appeal in an interim order two years back, Chand was allowed to "continue to compete" till a final decision was given by the CAS on her appeal against IAAF's hyperandrogenism policy.

Now that the IAAF has decided to pursue the case again, Dutee's appeal against the world body's hyperandrogenism policy will be in the limelight with many activists in India and abroad opposing it, terming it as a case of 'gender bias'.

The IAAF, however, made it clear that the Hyperandrogenism Regulations remain suspended pending the resolution of the CAS proceedings and its decision to return to the top court of world sports will have no impact on the IAAF World Championships, to be held in London in August.

The IAAF, in a press release, said that the findings of a study paper funded by it on the currently suspended Hyperandrogenism Regulations has been published and it is returning to the CAS before the two-year deadline which ends of July 27.

"Funded by the IAAF and the World Anti-Doping Agency, the study describes and characterises serum androgen levels and studies their possible influence on athletic performance in both male and female elite athletes. The study analysed 2127 mass spectrometry-measured serum androgen concentrations obtained from elite athletes participating in the 2011 and 2013 IAAF World Championships," the IAAF said in the release.

"The article 'Serum androgen levels and their relation to performance in track and field: mass spectrometry results from 2127 observations in male and female elite athletes' is part of the evidence that the IAAF is preparing for its return to CAS.

"The authors, Drs Stephane Bermon and Pierre-Yves Garnier, submitted the study for scientific peer review, and the article and related research has now been published in the British Journal of Sports Medicine," the world body said.

The 21-year-old Dutee was disqualified in 2014 by the AFI as per IAAF's hyperandrogenism policy after tests revealed that her body produced natural levels of testosterone (read male hormones) above permissible range.

She challenged the regulations and the decision of the AFI to ban her in September 2014.

The Sports Ministry provided financial support to Dutee for her appeal and hearing in CAS.

The CAS ruling of July 27, 2015 had said that there was no clear evidence that she might have benefited from her condition of having enhanced testosterone levels than others.

It had said that the Hyperandrogenism Policy will be deemed null and void if the IAAF does not present more scientific evidence establishing that naturally high testosterone levels provide an unfair athletic advantage to hyperandrogenic female athletes as compared to their peers.