Dutee Chand clocked 7.28 secs, the best by an Indian to date, that also bettered the Asian Indoor Athletics Championships record. 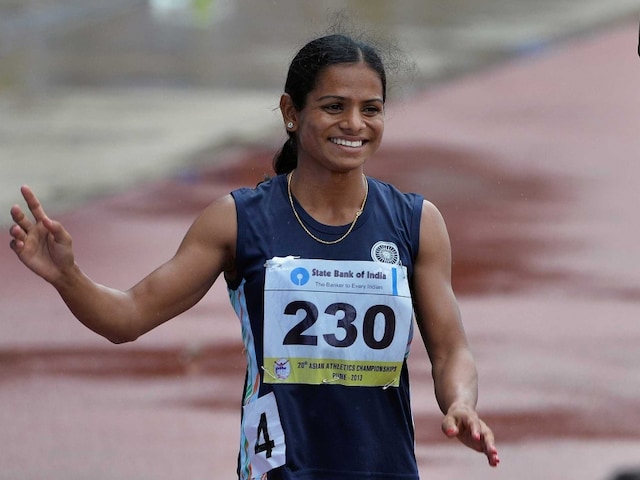 Indian sprinter Dutee Chand set a new national record while winning the 60m dash heats at the 7th Asian Indoor Athletics Championships here on Friday. (Dutee Chand to Race Again; I Have Got my Life Back, Says Sprinter)

Dutee clocked 7.28 secs, the best by an Indian to date, that also bettered the Asian Indoor Athletics Championships record.

She was the fastest qualifier for the final at the Aspire Dome here.

Dutee's team-mate Srabani Nanda, who had won a silver in women's 100m race and a gold in 200m in the just-concluded South Asian Games, was disqualified in the heats on account of a false start.

The earlier best timing by an Indian in women's 60m race was the 7.81 secs in the name of Arjina Khatun set during the Asian Indoor Games in Hanoi, Vietnam in 2009.

Dutee also erased the earlier Asian Indoor Championships record of 7.33 secs which was in the name of Viktoriya Zyabkina of Kazakhstan set while winning gold in the 2012 edition in Hangzhou, China.

The Asian Indoor record in women's 60 m race, however, stands at 7.09 secs in the name of Susanthika Jayasinghe of Sri Lanka set in 1999.