Doping in Spotlight Despite Beijing Fireworks 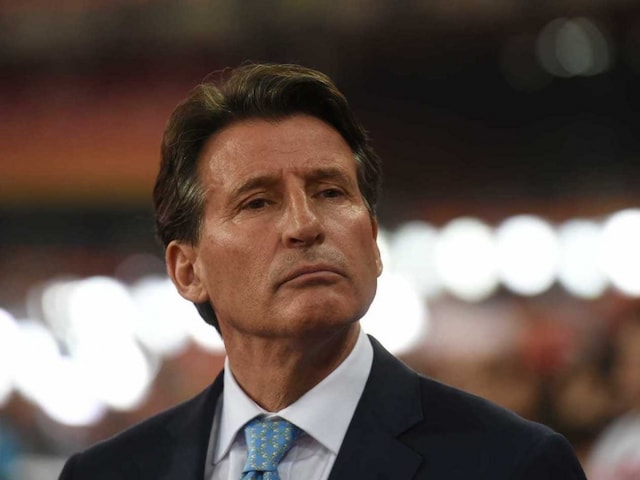 President elect of the IAAF Sebastian Coe presents the medals for the women's marathon athletics event at the 2015 IAAF World Championships.© AFP
Beijing:

A thrilling world athletics championships in Beijing failed to silence growing questions about doping, giving the sport's new boss Sebastian Coe much to ponder as he heads towards an Olympic year.

While sprinter Usain Bolt led a barrage of superstar performances at the Bird's Nest stadium, scepticism was also not hard to find following allegations of widespread drug abuse by elite athletes.

Britain's Coe won a narrow vote to succeed 82-year-old Lamine Diack as president of world body the IAAF, and improving the besmirched image of athletics will be his top priority.

"We are more than a discussion about test tubes, blood and urine," Coe told reporters on Sunday. "It is ostensibly a clean sport, we have our challenges... and no one would deny that."

However, after thousands of test results were leaked to media before the championships, the issue of doping was never far away and many of the positive headlines were accompanied by darker questions.

Kenya finished top of the medals table, but they were also the only team to fail doping tests after two of their athletes were caught out by pre-competition controls.

Bolt's brilliant sprint treble after overcoming injury came at the expense of twice-banned American Justin Gatlin -- one of four former doping offenders in the 100m final.

When the Netherlands' Dafne Schippers ran the fourth fastest 200m in history, adding gold to her 100m silver, she immediately had to deny using chemical enhancement.

Bolt's reign as world sprint king was under serious threat from Gatlin, who was on an unbeaten streak of 28 races and had led the way in the 100m and 200m this year.

But despite intense pressure and pelvic problems this year, Bolt kept his renowned cool to win the 100m by one-hundredth of a second over Gatlin, before dominating the 200m and anchoring Jamaica to 4x100m gold.

Next up is the 2016 Rio de Janeiro Olympics, where Bolt may call a halt to one of athletics' great careers after bossing sprinting since the 2008 Games in Beijing.

"I'm going to try my utmost best to really get on the right track early in the season and just hopefully can go on to Rio fully ready to run my best," vowed Bolt.

"I came out here and proved everybody that you can never call Usain Bolt out," he added. "I'm a champion and I show up when it matters."

Jamaica's Shelly-Ann Fraser-Pryce won gold in the women's 100m individual and relay races, but the only world record in Beijing went to American decathlete Ashton Eaton.

"How many more points can I get? I don't know, but you can bet your ass I'm going to try to get more!" promised the American.

Kenya's success has been based on their supreme distance running, but Julius Yego upset the accepted order when he won the country's first ever world field gold in the javelin.

Yego, who learnt the sport by watching videos on YouTube.com, heaved a mighty 92.72m -- the third longest throw of all time -- to take the title.

China had success with nine medals overall including a shock silver for the men's 4x100m relay team featuring Su Bingtian, who earlier made history by becoming the first Asian to reach the men's world 100m final.

The United States will look to improve in Rio after they finished third in the medals table, behind Kenya and Jamaica, with Allyson Felix winning their only individual track gold.

But one American who was delighted with bronze was 110m hurdler Aries Merritt, who has been diagnosed with a rare kidney disease and headed straight from Beijing to undergo a transplant this week.