An independent commission set up by the World Anti-Doping Agency (WADA) identified what it called systemic failures in the International Association of Athletics Federations. 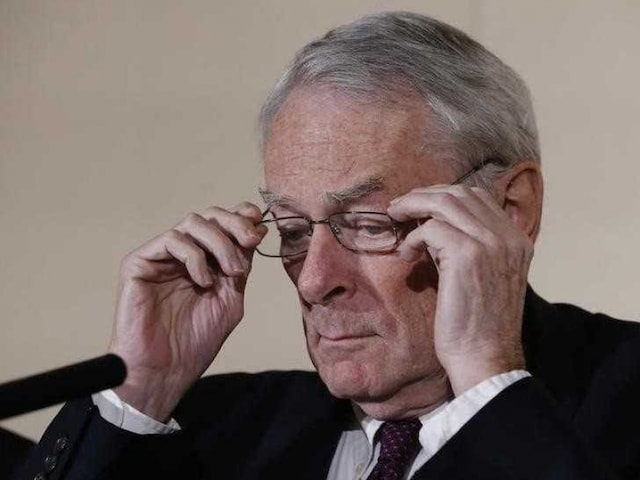 An international anti-doping commission recommended on Monday that Russia's Athletics Federation be banned from the sport over widespread doping offences - a move that could see the powerhouse Russian team excluded from next year's Rio Olympics.Â (Sebastian Coe 'Shocked And Angry' at IAAF Doping Bribery Scandal)

The commission, set up by the World Anti-Doping Agency (WADA), found a "deeply rooted culture of cheating" in Russian athletics. But it also identified what it called systemic failures in the global governing body, the International Association of Athletics Federations (IAAF).

The international police body Interpol said it would coordinate a global investigation into suspected corruption and doping in athletics.

The commission said in its report that the London 2012 Olympics had been "sabotaged" by the widespread inaction of international and national anti-doping authorities.

"For 2016 our recommendation is that the Russian Federation be suspended, in fact one of our hopes is that they will volunteer that, so that they can take the remedial work in time to make sure that Russian athletes can compete under a new framework if you like," Dick Pound, president of WADA, told a news conference in Geneva.

Russia finished second behind the United States in the medal table at the 2012 Olympics, with 17 medals, eight of them gold, and has long been one of the chief players in track and field.Â (Former IAAF Chief Lamine Diack Charged Over Doping Corruption)

The scandal revolves around accusations that money was demanded from top athletes to 'bury' medical tests from Russian athletes that showed drug use to ehnhance performance.

It could prove as damaging to world athletics as the corruption affair now shaking soccer's world governing body FIFA, where president Sepp Blatter has been suspended and 14 officials and marketing executives indicted on corruption charges.

There has never been any suggestion that FIFA corruption has affected results on the pitch, at the World Cup, for example.

Acting President of the Russian Athletics Federation, Vadim Zelichenok told Reuters in a telephone interview WADA had no powers to exclude Russian sportsment from competition.

The reach of corruption in global sport could in part be explained by a huge influx of sponsorship in recent decades into bodies lacking effective governance and supervisory procedures.

The International Olympic Committee was hit by a graft scandal 15 years ago, while cricket and cycling have also been tainted.

The IAAF, which has been engulfed in a crisis spanning alleged corruption, bribery and widespread doping cover-ups, said steps would be taken to ban the Russian Athletics Federation (ARAF).

"The information in Wada's Independent Commission Report is alarming. We need time to properly digest and understand the detailed findings included in the report," IAAF president Sebastian Coe said in a statement.

"However, I have urged the IAAF Council to start the process of considering sanctions against Araf (Russian Athletics Federation). This step has not been taken lightly.

The 82-year-old Senegalese is alleged to have received over one million euros ($1.09 million) in bribes in 2011 to cover up positive doping tests by Russian athletes, the office of France's financial prosecutor said.

"It's disappointing to see the nature and the extent of what was going on," WADA president Dick Pound told a news conference in Geneva immediately after the report was made public.

"It's worse than we thought, it has the effect, unlike other forms of corruption of actually effecting the results on the field of play...If you can't believe results then there is a serious credibility problem. I hope all sports will look at their governance and their anti-doping systems because their existence may be at risk."

The report also said the London 2012 Olympic had been "sabotaged" by the "widespread inaction" of the IAAF, ARAF and the Russian anti-doping agency (RUSADA) for allowing tainted athletes to compete.

If proved, the suppression of drug test results in return for bribes would also make a mockery of the huge investment in technical measures to detect drug use and ensure fairness.

Coe told Reuters in an interview that the IAAF had tested more than 5,000 athletes since 2009; proof, he said, that the organisation was serious about making the sport clean.