During the 100 meter sprint race at the U20 World Championship, Tebogo was seen teasing his opponents before even crossing the line. 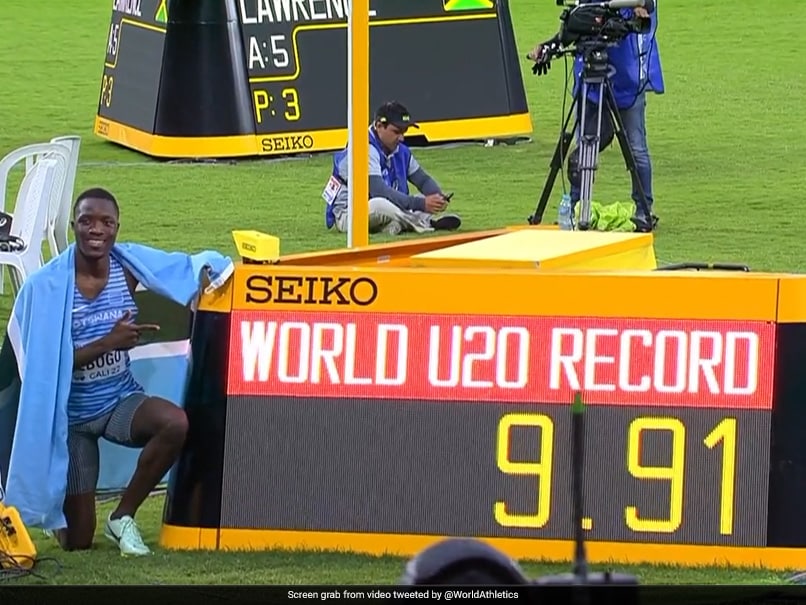 Deemed by many as the possible heir of legendary Jamaican sprinter Usain Bolt, Botswanan sprinter Letsile Tebogo recently retained his U20 World Championship title in Cali, Colombia. He set a new world record by clocking 9.91 seconds, three hundredths of a second off his own record set at the recent World Championships in Eugene (9.94), where he reached the semi-finals. Apart from his comparisons with Boult on the basis of performance, his antics on the track are also reminiscent of the eight-time Olympic gold medallist.

During the 100 meter sprint race at the U20 World Championship, Tebogo was seen teasing his opponents before even crossing the line.

World U20 record
World U20 champion
Cruising through the line@LetsileTebogo2 🇧🇼 is the future #WorldAthleticsU20 pic.twitter.com/lRniU1oAYJ

His gesture was similar to the one Boult made during the 2016 Rio Olympics, when he glanced back to stare at Andre De Grasse.

However, Tebogo was quick to clear his stand after being asked about the celebration.

"The statement was to come out and enjoy the race," he said. "If somebody took it as disrespect, I'm really sorry. I saw the fans and (it was so) everybody watching at home can enjoy the race - to remind them a little bit about what Usain Bolt did back in the days. He's my idol - the person I look up to."

On being asked about Boult, Tebogo replied: "It'd be a very great pleasure for me to meet him".

Comments
Topics mentioned in this article
Usain Bolt Athletics Other Sports
Get the latest updates on ICC T20 Worldcup 2022 and CWG 2022 check out the Schedule, Live Score and Medals Tally. Like us on Facebook or follow us on Twitter for more sports updates. You can also download the NDTV Cricket app for Android or iOS.