Australia and United Kingdom Back Russian Olympic Ban Over Doping 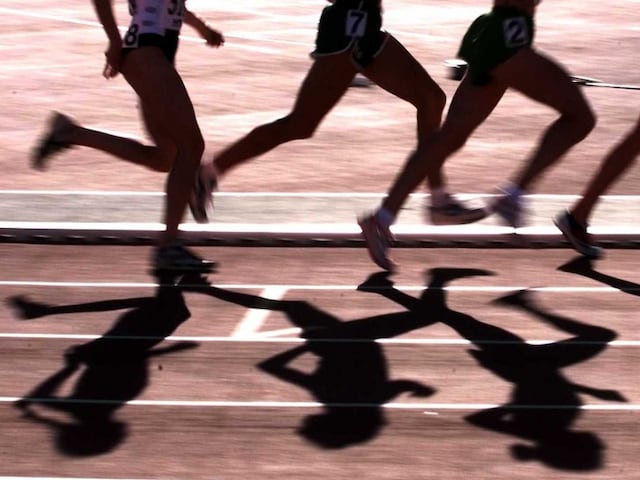 The head of UK Athletics on Tuesday added his support to calls for Russia to be banned from next year's Olympics following doping revelations by the World Anti-doping Agency (WADA). (WADA Report Calls for banning Russia over systematic doping)

A report by WADA's independent commission published on Monday outlined evidence of "state-sponsored" doping in Russia and called for the country to be banned from the 2016 Olympics in Rio de Janeiro.

Asked if he agreed with the report's stance, UK Athletics chairman Ed Warner told BBC Radio 4: "Yes, absolutely. I think before then (the Olympics) there are two competitions in athletics which matter.

"There's the European Cross-Country Championships, which are next month (in Hyeres, France), and then in March in America there's the World Indoor Championships.

"Lord (Sebastian) Coe, who's the president of the IAAF (International Association of Athletics Federations), says that his council is meeting on Friday or Saturday this week to consider sanctioning Russia and possibly to suspend them. My strong advice would be: you've absolutely got to do that."

Warner added: "If you punish one or two innocent Russian athletes for the greater good of the sport, that's a moral dilemma I'm prepared to grasp."

Athletics Australia also called on the sport's world governing body, the IAAF, and its president Sebastian Coe to act on the damning WADA report.

"We would very much support Russian track and field athletes not being allowed to compete in Rio if their federation is not code-compliant to WADA," the 2016 Australian Olympic team's chef de missionKitty Chiller told reporters in Sydney.

"If Russia is not in Rio, I think the reputation of athletics will be enhanced because the public will know every athlete competing is clean and is competing in the true spirit of the Olympic Games."

Athletics Australia chief Phil Jones added in a statement that "circumstances like those alleged in this report must not be allowed to continue".

The WADA report outlined evidence of systematic cheating carried out with the consent of the government in Moscow, noting that drug tests for athletes were conducted at a Russian lab which lacked credibility.

The panel's findings called for the IAAF to suspend Russia's athletics body (ARAF) and declare it "non-compliant" with globally agreed doping regulations.

Jones urged the IAAF Council to consider whether the Russian Athletics Federation was an appropriate host for the 2016 world junior championships and world race walking team championships.

Both Australian organisations also said that Jared Tallent, silver medallist in the 2012 London Olympics' 50km walk behind Russia's Sergey Kirdyapkin, should be retrospectively awarded the gold.

Kirdyapkin, who won his gold in a record time, was suspended for abnormalities in his biological passport in January, with the ban backdated to October 15, 2012.

"Jared Tallent has been denied the prize and the accolade that he most rightly deserves," Chiller said.

"That's now in the hands of the IAAF to ensure that, if any results or placings are to be affected retrospectively, that that happens."

"A lot of people think it's too much negativity, and they don't want to speak about it," the Australian Associated Press quoted Tallent as saying on Tuesday.

"Even some other people in Australia, they reckon it affects them, me speaking out, which is disappointing.

"I think it's better if everyone speaks out, there's more chance that changes will happen."

"It's exceptionally concerning and really brings into question the intregity of sport, clean competitions and protecting the clean athletes," she told TV3. "So it's a real shock to sport generally."

Smith said athletes who finished behind Russian rivals in 2012 would now be asking themselves what might have been.

"I really feel for them because we know the situation that Valerie was in after London and just what that meant to New Zealand and what it meant to Val as an athlete," she said.

The IAAF Council is due to meet Friday to discuss the crisis facing the Olympics' flagship sport, and Russia faces a provisional suspension at the next IAAF meeting this month in Monaco.