Jamaican sprinter Asafa Powell continued his impressive form as he crossed the finished line ahead of fellow countrymen Nesta Carter (10.06) and Kemar Bailey-Cole (10.10). 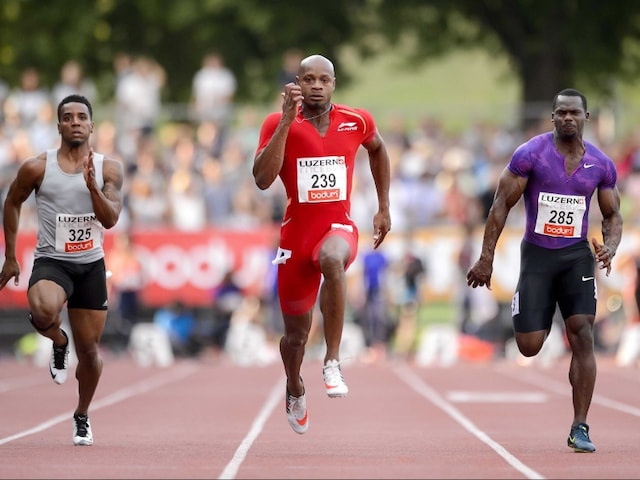 Jamaican sprinter Asafa Powell sprinted away from the field in the final stage to pull off another victory this season in the men's 100 metre event at the Spitzen Leichtathletik meet here. (Usain Bolt to Run in London Diamond League)

Powell continued his impressive form clocking 9.87 seconds on Tuesday while distancing himself from the field at the 80m mark to secure a dominating win, reports Caribbean Media Corporation.

Powell crossed the finished line ahead of fellow countrymen Nesta Carter, who ran 10.06 for second place and Kemar Bailey-Cole (10.10).

The winning time was the fourth quickest this season for the former World Championships bronze medallist, who has a season's best time of 9.81.

Jamaica's Veronica Campbell-Brown ran a fantastic opening 100m in the 200m event, but faded to second place in a season best of 22.61 secs -- just edging out American Tiffany Townsend (22.62).

Campbell-Brown was denied first place by Charonda Williams of the United States who finished the course in 11.14 seconds and then completed the double with a 22.32 secs to secure the 200m.