A Dhoni Away From Cricket Field

Bahadur Singh Dhoni generated a lot of interest at the Kolkata marathon as he shares his surname with Indian cricket team captain Mahendra Singh Dhoni. He also hails from Uttarakhand, just like the ace cricketer 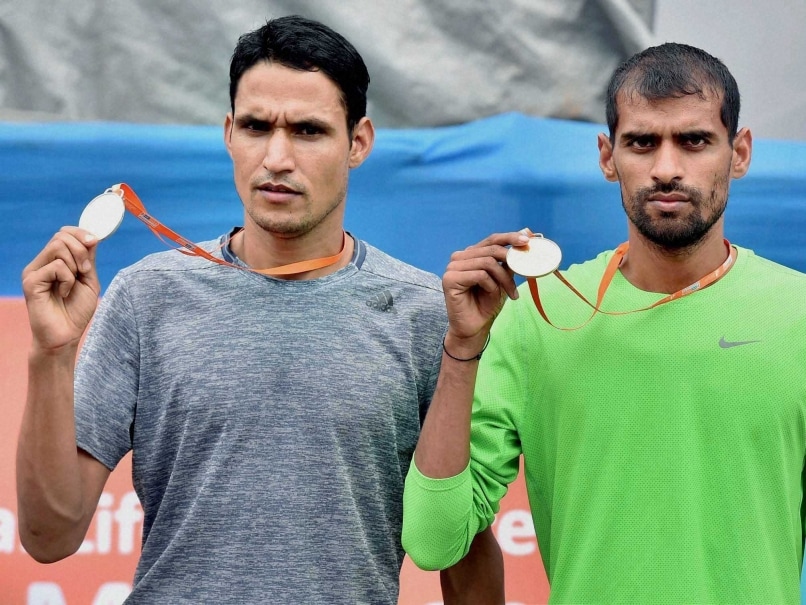 The familiar shouts of 'Dhoni, Dhoni' filled the air when he was awarded the second prize at the Kolkata Marathon here on Sunday, but the man in question was not India captain Mahendra Singh Dhoni but a runner named Bahadur Singh Dhoni. (Read more sports stories here)

Like Mahendra Singh Dhoni, whose ancestral home is in Almora, Uttarakhand, BS Dhoni also hails from the same state.

"I'm a big fan of Dhoni and when people ask me about him it really is a proud moment for me and our community. He is an inspiration to many all over the world. He's the best to lead team India and I'm sure with him as the captain we will win the World Twenty20," the Services marathoner told PTI.

The 28-year-old runner, who clocked two hour, 30 minutes and 47 seconds en route to finishing second behind his Army Sports Institute teammate Mohammad Yunus, said his only passion is running.

"I only love running," said Dhoni.

He hopes to meet star cricketer Dhoni one day. "I'm sure there will be one day when he will come and meet me, maybe during a marathon prize distribution ceremony. For that, I've to keep doing better and make the country proud."

Making his marathon debut in Mumbai last year, Dhoni had finished third among the Indians with a timing of two hour 22 seconds, which he went on to improve at the World Military Games Korea last year by clocking his personal best of two hours and 21 minutes.

But a subsequent tendon injury in his right leg meant he could not better his timing to achieve the Olympic qualification mark (two hours and 19 minutes) at this year's Mumbai Marathon.

"My mother also passed away, so it was a big setback. This injury is still troubling me and I've to treat this first and will look to improve my timing. Hopefully in 2020 Games I will be there," he said.