India's athletes will undergo a 70-day training stint in Antalya, Turkey as preparation for the 2016 Rio Olympics. 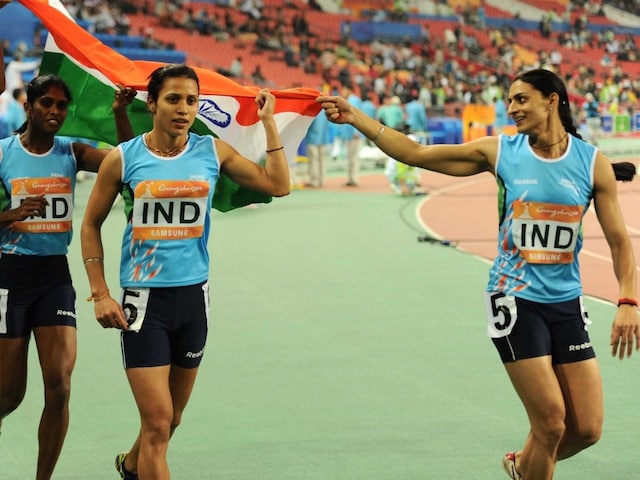 Ashwini Akkunji, who won two gold medals in the 2010 Asian Games, will be part of the 70-day training camp in Turkey.© AFP
New Delhi:

As part of the preparations for the Rio 2016 Olympics, a 17-member Indian athletics squad will leave early Saturday from New Delhi for a 70-day training stint at the state-of-the-art training centre at Antalya in Turkey, it was announced on Friday. (Latest Athletics News)

The squad comprises of the national campers for quarter-mile event, 400 metres hurdles, and the 4x400 metres relay events for both men and women, according to a release from the Athletics Federation of India (AFI).

A total of eight women, nine men and five coaches and support staff are part of the squad, with two more support staff and other athletes expected to join the Antalya training camp in a fortnight's time.

"The AFI will strive to do everything under its limit to provide the best training facilities to our athletes for 2016 Olympics. The training centre in Antalya in Turkey offers the right combination of climatic conditions, namely, sea, land, hills and forest areas, and also a synthetic hill track for the training of our athletes," AFI president Adille J. Sumariwalla said.

"We hope these world-class training conditions will make a difference to the preparation of our athletes for Rio and I extend my best wishes to all of them. I'm also grateful to the Sports Authority of India (SAI) and the Union Ministry of Youth Affairs and Sports for supporting our athletes."

In the men's and women's 400 metres individual events, Rajiv Arokia and M.R. Poovamma won the bronze medal in the 2014 Asian Games respectively, and recently, the duo come close to qualifying for the 2016 Olympics.

Star athlete Ashwini Akkunji had won two gold medals in the 2010 Asian Games, including one for the hurdles race.